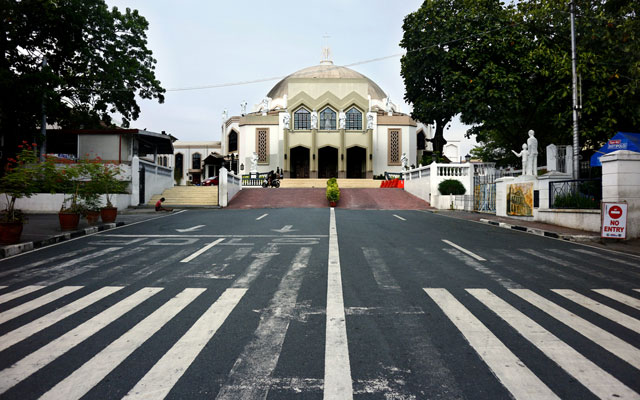 The stars are conspiring for the tourism industry to get the 10 billion pesos (US$206 million) lifeline it desperately needs to stay afloat.

While the Senate Bill No. 1564 or the Bayanihan to Recover as One Act (dubbed “Bayanihan 2”) allotted that amount to bail out micro, small and medium tourism enterprises (MSMEs) with soft loans, the House of Representatives’ Bill No. 6953 diverted that fund to the infrastructure programmes of the Department of Tourism’s investment arm, the Tourism Infrastructure and Enterprise Zone Authority (TIEZA).

Bayanihan 2 was already passed in the House and Senate. It will soon undergo a bicameral conference hearing to reconcile the Senate and House versions before signing it into law.

But in an August 11 letter to house speaker Alan Peter Cayetano, TIEZA COO Pocholo Paragas declined the amount and instead appealed for the prioritising of financial assistance to the tourism industry.

“Without the direct financial support from the government, the tourism MSMEs cannot rebuild their businesses and pay for the salaries of their workers,” Paragas said.

Another ray of hope is the groundswell of public opinion against diverting the tourism fund into TIEZA’s infrastructure programmes, with government officials, politicians, lawmakers, former tourism secretaries, leaders of various industries and think tank groups, and the public in general throwing their support behind the embattled tourism sector.

At the Philippine Tourism Stakeholders Forum last week, Tourism Congress of the Philippines president Jojo Clemente said they will appeal to the bicameral committee. Tourism is on the brink and needed a lifeline urgently; infrastructure can come in later, he added.

Triple Star Travel and Tours general manager Bing Miranda lamented that tourism is considered as non-essential because many only see the hotels, tours, and glamour, but not its multiplier effect on the economy.

Tourism revenue from March to July was only 6.9 billion pesos, from 196 billion pesos over the same period last year, representing a whopping 190 billion pesos loss. Revenue would be much lower for the rest of the year.

Almost 70 per cent of tourism stakeholders are in the MSME category. As of April, of the more than one million registered MSMEs, 40 per cent of those which accounted for 70 per cent of the tourism workforce had already bitten the dust, according to Cesar Cruz, president of the Philippine Tour Operators Association.

Without the 10 billion pesos lifeline, Clemente questioned how jobs could be provided to the 5.7 million-strong tourism workforce when unemployment is on the rise, forcing a number of overseas Filipino workers to return to the country.

Secondary destinations are not spared. PAR Travel and Tours general manager, Pia Lourdes Partoza-Montano, said tourism sales in Davao are expected to drop by 80 to 90 per cent this year due to lack of business and that 35 per cent of travel agencies and tour operators were forced to shutter.

While the congressmen defended their preference for the 10 billion pesos to go towards tourism infrastructure, saying that the move will stimulate the economy and generate jobs, various quarters suspected that infrastructure projects are susceptible to corruption and pork barrel politics.

As former tourism secretary Narzalina Lim said: “To me, this is nothing but another shameless and brazen exercise to embed pork barrel in Bayanihan Act 2”, noting that the authors of the House bill also voted last month against renewing the franchise of ABS CBN, the oldest and largest television and broadcasting network in the country with 11,000 employees.

Lim stressed: “Vigilance is needed. We may find that the billions of pesos needed to implement Bayanihan Act 2 will go to the pockets of the unscrupulous who do not care a whit about the millions of suffering, hungry and desperate Filipinos.”