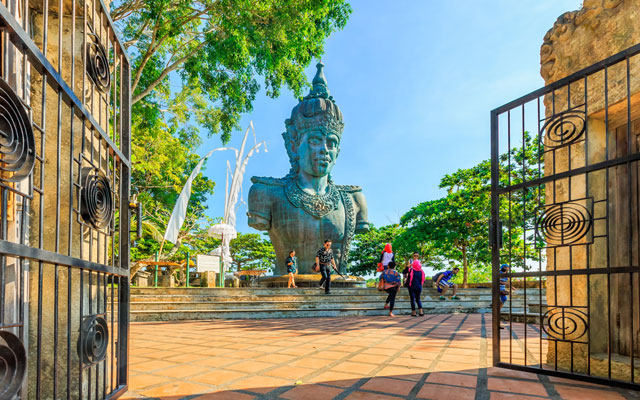 The Indonesian government is still considering whether to give Bali the green light to reopen to international visitors in September.

The travel ban on foreigners that the central government has set since April to curb the spread of coronavirus is likely not to be revoked by then, although the Bali administration has made known that the island is ready to receive international tourists from September 11.

Reopening the country to international tourists is a “very positive” move, but the government is seeking the right timing to do that, said state-owned enterprises minister Erick Thohir, who is also chairman of the national economic and Covid-19 recovery committee, during a web press conference on August 15.

According to a recent meeting among related ministers, including foreign affairs minister Retno Marsudi and coordinating minister of maritime affairs and investment Luhut Binsar Pandjaitan, safety remained the highest priority. Although the country was striving to get its economy back on track, the government did not want to go back to square one after its painstaking efforts to stem the Covid-19 spread, shared Erick.

“The reopening of destinations to foreign tourists is still under review. The vaccine may be available early next year,” Erick said.

Meanwhile, the country’s plan to establish travel bubbles hasn’t been burst. But the government is now exploring the possibility to include only Bali – or the island along with tourist destinations in other provinces – for the travel bubble scheme aimed at reviving its tourism industry.

The decision not to open the country as a whole is still under review, according to Hari Sungkari, deputy of infrastructure and destination development at the Ministry of Tourism and Creative Economy.

“It could be that the travel bubble will not involve a foreign country and the whole of Indonesia. It could be country A with Bali only, or country A with Bali and another region,” he said in a web press conference. “Or the bubble could be even smaller, that is, a point-to-point (travel bubble), in which (a destination) in a foreign country is (paired) with a destination in Indonesia.”

With talks for the project still underway, Hari expects that Indonesia will reach travel bubble agreements with partner countries only by year-end.

As travel bubbles will also require travellers to adhere to health and safety protocols, Indonesia Tourism Development Corporation will give them a fast track to enter its property, The Nusa Dua in Bali, said its director of business and development, Edwin Darmasetiawan.

Besides Bali, other tourist destinations that the government will propose for the travel bubble scheme were not disclosed by Hari. Ng Sebastian, owner of Incito Vacations, expressed hopes that the government would choose smaller islands, such as Lombok in West Nusa Tenggara, Belitung in Bangka Belitung Islands, and Bintan in Riau Islands.

Hari projects that the country would only realise its 18 million foreign tourist arrival target in 2024 or 2025, and that domestic tourism would recover to pre-pandemic levels only in 2023.