Remote, rural destinations are poised to be major drawcards in the face of the pandemic, and tourism providers in the Philippines are lining up ecotourism products and authentic attractions to lure returning travellers. 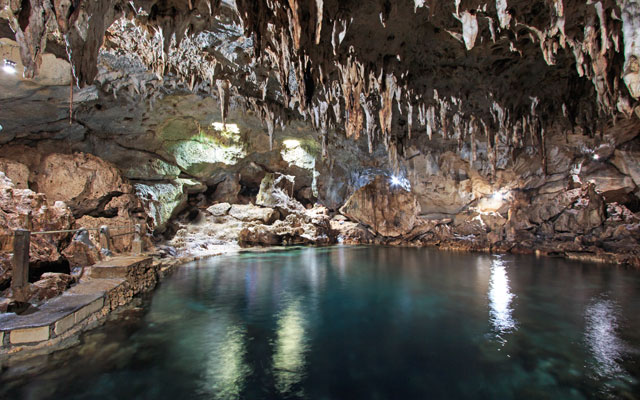 A likely side effect of the pandemic is a shift in tourist preference away from mass tourism destinations in favour of more remote, less-crowded ones as health and safety become the primary concern of travellers.

The Philippines is moving to meet these changing demands by bringing in “fresh, less crowded and open destinations”, usually in rural and remote areas, shared Alice Queblatin, Southwind Travel managing director inbound, at an industry webinar.

“FITs will be in, group travel out,” Queblatin said, adding that products are being studied “to make them private, safer and more hygienic” in compliance with the health and safety protocols that were rolled out for the travel and tourism industry.

Fortunately, the Philippines, being an archipelago of over 7,100 islands, has a plethora of unspoiled ecotourism, nature and remote community destinations. Most of these destinations also have beaches, one of the country’s main attractions.

In the province of Cebu, for instance, outside the city are unexplored destinations ripe for authentic and experiential trips, including Aloguinsan, a small town on the western seaboard. Highlights from tour packages in the region include ecotour cruises along the Bojo River and interaction with remote villagers who actively participate in the tour, such as a fisherman guide and the village medicine man who performs a traditional send-off ritual.

Ecotourism consultant Boboi Costas, who developed ecotours in nature reserves including the Aloguinsan ecotour, said that with the pandemic, ecotourism sites and experiences will have to be redesigned in order to win back consumers.

That process will involve the entire tourism value chain. Everyone from local communities to tour guides should adapt to the new normal, including going digital and adhering to the health and safety protocols, while destination managers should touch base with local health practitioners, Costas said. Equally crucial is enhancing efforts to climate proof one’s operations, he added.

Product development wise, Costas said there could be a segmentation or combination of activities like ecotours, wellness or organic farming, and nature-based activities which promises a more private and customised experience – all these are already being adopted by a growing number of destinations.

Bohol, best known for the white sand of Panglao and rural scenery, has lesser-known destinations boasting the same attractions, which fortunately, were being developed and packaged following the 2013 earthquake that destroyed a number of its tourist attractions.

In Luzon, the province of Rizal situated just a few hours from metro Manila, there are vast unexplored areas of natural attractions and indigenous communities, including the 2,700ha reforestation area of the Masungi Georeserve, which is becoming known among millennials and science-based teams due to its nature-based recreational activities.

Billie Dumaliang, advocacy officer and managing trustee, Masungi Georeserve Foundation, said that they are partnering with World of Outbound, which organises school trips to the Philippines and advocates for outdoor nature education, to develop virtual field trips, since classes will be conducted remotely and it will likely be some time before traditional field trips resume.

Another destination being primed for ecotourism is Northern Mindanao, which includes the provinces of Camiguin island, Bukidnon, Misamis Occidental, Misamis Oriental and Lanao del Norte.

The zone is vastly undeveloped for tourism but is Covid-free, according to Marie Elaine Unchuan, tourism regional director of Northern Mindanao.

Camiguin is being promoted for dive tourism on top of the usual sightseeing, nature tripping and beach activities; while picturesque Bukidnon is promising for farm and mountain tourism, said Unchuan.

Unchuan remains hopeful that an international airport will be built in Bukidnon within the next three years to further boost the eco-destinations. Skyjet used to fly from Manila to Camiguin but suspended the flight in March. Without this flight, the island is reachable only by ferry from Cagayan de Oro and a Cebu Pacific flight from Cebu to Camiguin.