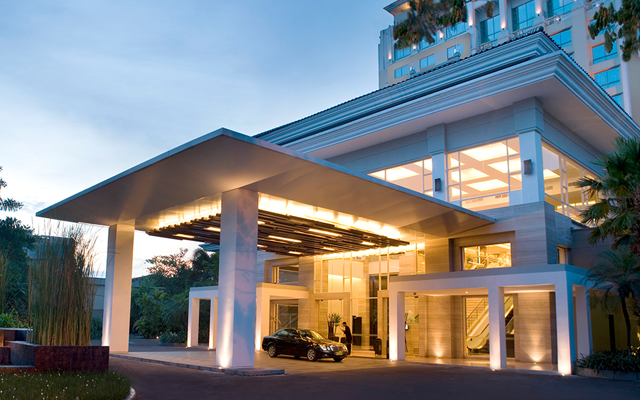 As Indonesia gradually eases lockdown restrictions, hotel occupancy rates across the country, including Jakarta, have started to pick up, after the coronavirus plummeted industry rates to a record low.

Parador Hotels and Resorts COO, Johannes Hutauruk, said that his properties have seen a spike in demand, from the lowest occupancy rate of 18 per cent during the pandemic to the current 31 per cent.

Of Parador’s 10 properties, five are located in Gading Serpong, Tangerang. Some 95 per cent of guests to their Tangerang properties come from the neighbouring capital of Jakarta, which has relaxed restriction for business sectors.

“In April and May, the main purposes of our visitors were to seek safety and to self-isolate. But from mid-June to July, we have seen demand for business events,” Johannes said.

However, he added, properties in other areas like Malang in East Java, Bali, and Magelang and Semarang in Central Java, still face challenges in bouncing back.

East Java, for example, has overtaken Jakarta to become Indonesia’s coronavirus epicentre, with the highest record of confirmed cases and deaths. In Bali, meanwhile, business has yet to pick up because the island will only open its doors to domestic travellers from July 31.

As such, Santika Indonesia Hotels & Resorts’ properties in Bali remain closed to date, according to its assistant manager of marketing communications, Prita Gero.

However, at least 80 properties in many other regions have reopened, including Yogyakarta, Semarang, Belitung, Makassar and Palu, said Prita. Though hotel occupancy fluctuates, there is an upward trend. In Ambon, Santika’s property at one point even enjoyed 60 per cent of occupancy.

In Jakarta, Santika’s properties have seen occupancy rates climb from seven or eight per cent to nearly 30 per cent, thanks to Jakarta’s relaxed restrictions. With ministries resuming operation, many of Santika’s guests come from government institutions, according to Prita.

Other hotels across the country are also reporting a similar surge in demand. Artotel Group COO, Eduard Rudolf Pangkarego, said that occupancy rates for the group’s properties in Jakarta have climbed to around 30 to 40 per cent.

Tauzia Hotels has also seen an increase in occupancy at their properties, particularly in Jakarta, Central Java and East Kalimantan, according to its spokesperson, Nadia Tika.

Both Eduard and Nadia attributed the rebound to health and safety measures that Artotel and Tauzia had implemented to restore customer confidence.

On the other hand, Parador’s Johannes intends to skip price lures and will rely on intense online marketing efforts instead. “While monitoring the market and our competitors, we will try to use prices (stipulated in) our initial 2020 business plan,” he said.