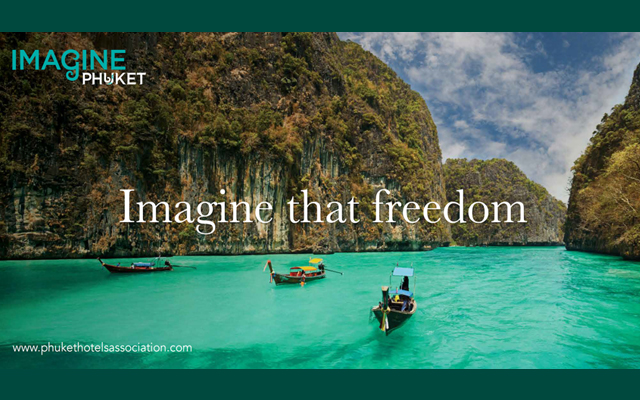 Entitled Imagine Phuket, the destination campaign – in English and Thai – focuses on the sights, sounds, feelings, tastes and emotions that Phuket evokes for an international traveller. A fresh logo and video have also been unveiled.

The initiative also enables the island’s hotels to come together, where each property will be given the resources to personalise videos, images and logos with their own branding, creating their own version of the campaign’s message. Seventy-five hotels have signed up to participate.

“The Imagine Phuket video, and integrated social media campaign, are designed to drive emotion,” said Quo’s CEO David Keen. “We know that there is a massive desire to travel again, both locally and internationally. Our intent is to bring the story back to Phuket.”

PHA hopes that these efforts go towards helping to restore the island’s tourism industry and save jobs, as the destination has been one of the hardest-hit in Thailand.

In a press conference on June 10, Phuket Chamber of Commerce’s president Thanusak Phungdet told reporters that Covid-19 cost the island over 120 billion baht (US$3.9 million) in lost income, with losses expected by to reach 280 billion baht by the end of the year if the situation doesn’t improve.

But despite unemployment increasing by over 34 per cent year-on-year, according to local reports, island residents remain resilient.

Phuket welcomed over 10 million arrivals last year, and in the months after reopening, Phuket’s hotel industry aims to attract a sizeable chunk of Thailand’s 20 million domestic travellers. International travellers will have to wait, but the country has indicated it plans to reopen this summer.