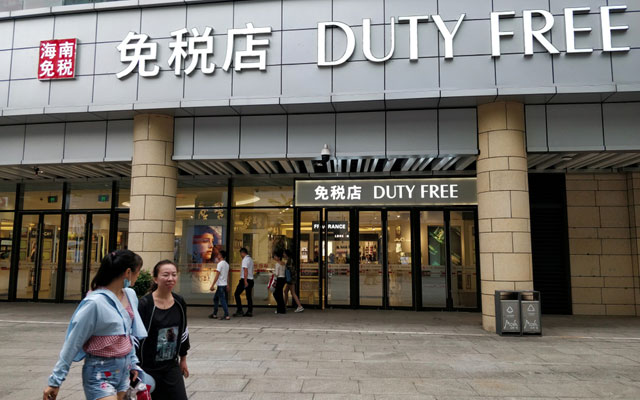 Revenge spending is driving the recovery of travel retail in China, led by the resurgent Hainan market, according to ForwardKeys’ latest data.

Last year, Hainan was the second-largest market for duty-free shopping in China, accounting for 35 per cent of all sales. Fast forward to 2020, Hainan is now by far the biggest duty-free shopping area, with most of its competitors closed for business as planes are grounded. The power of domestic tourism

With the government officials putting strict travel rules in place and limiting the flight capacity in and out of China, the real pick up has taken place on the roads of China.

Hotels have opened in key leisure destinations and tourist attractions are offering discounts to lure in the local traveller. Long distances to travel are not deterring people from shopping to cure their lockdown blues.

A previous study by ForwardKeys showed a lift in air tickets issued to Hainan in time for the five-day Labour Day weekend – showing the appeal the tropical island paradise has domestically as well as the desire to travel once permission to do so is given.

A shift in travellers

There appears to be a real thirst for revenge shopping in Hainan, especially from travellers from northern and southwest of China.

“There has been a 68 per cent increase in spending in Hainan which is a high month on month variation. We can see through our China Spend data that in April, shoppers have spent more in Hainan than last year,” said Marina Giuliano, director of travel retail and retail at ForwardKeys.

“Considering the lower number of travellers in the area compared to last year, that confirms that people really are looking forward to getting out of the house to go shopping,” added Giuliano.

Indeed, the flight ticket volume sold in June to Sanya remains behind 57 per cent of the tickets sold in June 2019, yet shopping results are on the increase. Seat capacity is the way forward for the region. Further supporting this is the spending data of 2019 which highlights that the most common shopping audiences in Hainan came from Beijing (38.6 per cent), Shanghai and Chengdu (both 13.8 per cent), and Chongqing (10.2 per cent).

Roughly around five per cent of the total shoppers made at least one luxury goods purchase in the past six months. The largest proportion of shoppers spend between zero to 500 yuan (US$70) in one transaction at a duty-free mall; however, the 2nd tier of shoppers spent more than 2500 yuan.

There is even more reason to keep an eye on this latter segment as spending big is something the Chinese officials are endorsing. Visitors to Hainan will be able to make duty-free purchases of up to 100,000 yuan per year, a considerable rise on the prior 30,000 yuan limit.

Travel retailers need to take stock of the offline shopping habits made in 2019 when markets were more stable and prepare their inventory more adequately this year in Hainan as the data is showing the real might the region has when it comes to duty-free shopping.