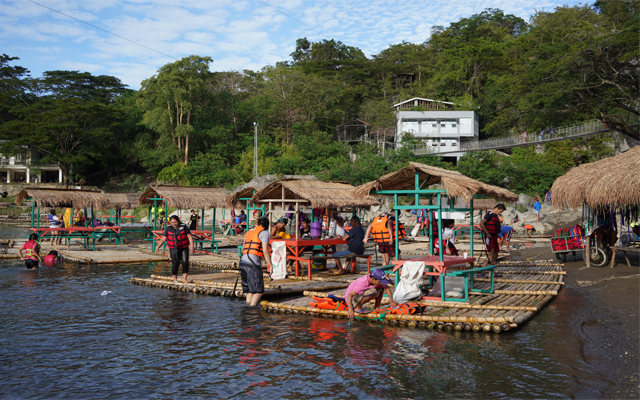 Ecotourism, an alternative to mass tourism, is poised to reign supreme in the Philippines’ travel industry’s transition to the new normal post-Covid-19, according to experts at the Ecotourism Philippines webinar.

Organised by Masungi Georeserve, Visita, Eco Explorations and Andrew Tan Center for Tourism of the Asian Institute of Management, the webinar was held to discuss the country’s tourism recovery post-Covid.

John Roberts, Minor Hotels group director of sustainability and conservation, said that ecotourism already has a headstart with its outdoor-centric activities, offering itineraries in safer, low-risk environments. As such, he reckoned that ecotourism will rebound faster than mass tourism.

“Hotels and other operations are going to have to look at what we do in ecotourism – how we manage to make money with fewer guests, greater space, more personalised service, and smaller groups,” Roberts pointed out.

“For ecotourism, the new normal is actually the old normal and that is, ecotourism is run in a very different way by and large from many of the other mass tourism products,” said Tony Charters, board member of the Asian Ecotourism Network and vice-chair of Global Ecotourism Network.

“In some ways, ecotourism is the leader in what the new normal is,” Charters said, adding that this sector is “adopting practices that are probably much safer from environmental and health points of view than many other forms of tourism”.

He further elaborated: “The experiential side of ecotourism is very important and often, you will find that many different ecotourism activities like walking treks and canoe treks (are carried out in) quite remote areas where the risk (of virus infection) is very, very low.”

Boboi Costas, who organised the Bojo Aloguinsan Ecotourism Association in Cebu and developed the Aloguinsan River Eco-cultural Tour, underscored the need to look at product development in the new normal.

He suggested that the ecotourism market should be segmented into different product types, for example, health and wellness, culinary, and bird watching, with the addition of more private activities and groups. He added that ecotourism providers should establish contacts with local health practitioners.

On the other hand, Roberts advised industry players to start learning and training in ecotourism as it’s poised to be the most popular vacation type in the new normal.

Furthermore, Roberts also suggested for ecotourism providers in South-east Asia to share inspirational stories created around their destinations on social media, retrain the digital community, and start differentiating themselves from mass tourism by building on the region’s trademark friendliness and hospitality.

Roberts cited the case of him and his community hosting Facebook live sessions for Minor Hotels’ Anantara Golden Triangle Elephant Camp, connecting with their audience and telling them about the camp’s work so they remain top of mind, and raising awareness of their donation drive.

For destinations, Charters advised pushing for quality and sustainability, and marketing their merits, which in the Philippines’ case, is friendliness.

With global discussions about Boracay’s rehabilitation, Charters said the key is to keep the project at the forefront, emphasising that the Philippines is doing things in a sustainable manner.

During the webinar, the panelists also debunked ecotourism operations as very small-scale and expensive, claiming that it can be carried out on a large-scale if done correctly, and that the element of scale only comes into relevance when sustainability or the experience is threatened.

Large-scale ecotourism spots included A$10 billion which generates A$10 billion (US$6.9 billion) annually to Australia’s economy; Queensland’s Skyrail Rainforest Cableway, a long cableway that can carry hundreds of thousands of people yearly to the top of the rainforest; and English Bay Resort on the world heritage site Fraser Bay.