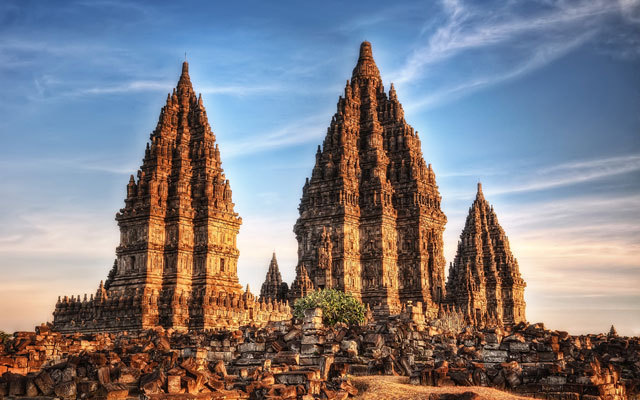 Indonesian tour agents are urging local attractions to stimulate a rebound in tourism business with discounts and special deals, as the country moves to reopen selected tourism sites this month.

Borobudur, Prambanan and Ratu Boko temples in Central Java are planning to welcome visitors from June 8, after nearly three months of closure, as part of trial operations to exercise the new protocol. Taman Safari Park in Bogor, West Java rolled out on May 26 an early bird promotion for its tickets, even though a reopening date has yet to be set. The discounted ticket, priced 23 per cent lower than usual, is valid until May 10, 2021 and must be purchased by June 8 this year.

While he is aware that discounts will add to the burden of attractions that are struggling to stay afloat during the crisis, he suggested that the promotions can be phased out gradually once domestic tourists are ready to accept the usual fares.

Pranoto opined that a 10 to 25 per cent discount should be bearable for attractions and sufficient to whet domestic travellers’ appetite.

Udhi Sudiyanto, chairman of the Association of Indonesian Tours and Travel Agencies (ASITA) Yogyakarta chapter agreed that discounts were needed to give locals a reason to resume their holidays when purchasing power has been reduced.

Udhi expects the government to subsidise at least half the entrance fee to state-owned attractions like the Borobudur and Prambanan temples as well as Watu Goyang hill and Tebing Breksi cliff in Yogyakarta.

Profit-making would need to take a back seat in attraction management, he said, adding that the government should focus on restarting the economic engine of domestic tourism so that employees in the industry can make a living again.

With no way of attracting international travellers immediately, the domestic market is now critical for the survival of Indonesian tourism businesses, according to Arief Gunawan, chairman of the International Luxury Travel & Hospitality Alliance.

“It is impossible that (Indonesians) will be interested in (domestic travel) if we do not offer discounts,” he said.

Arief hoped Indonesia would learn from Vietnam, where travel trade players have been enticing the locals with attractively priced tour packages. He noted that while the Vietnamese were initially apprehensive about heading outdoors during the Covid-19 outbreak, they changed their minds after seeing good tourism deals.

When asked if Taman Wisata Candi would be heeding the industry’s call for attractive offers, Hetty Herawaty, marketing director of the state-owned company that manages Borobudur, Prambanan and Ratu Boko temples, simply said in a webinar that her team was still reviewing the decision.

Other local tourism companies, like Jatim Park Group and Perisai Group, are also mulling the possibility of promotions to initiate early demand.

“We are now struggling to not dismiss (our staff). We currently employ over 1,000 people. Our cashflow is drained (due to a lack of income)…and we have to be very careful (not) to contribute to the increasing rate of unemployment (which) can add to the problems faced by the government,” Hetty said.

Hetty shared that the temples would likely target middle- and upper-class domestic travellers in the first three months of reopening, as this segment would be less financially-strained.

“We will engage them to work together in restarting business in tourist destinations. We want them to understand that traveling is not just (satisfying) a need, but also a way to help the locals who are working at the sites,” she said, adding that the initial recovery may be supported by a rising emphatic society – people who are willing to spend and lift the tourism industry.