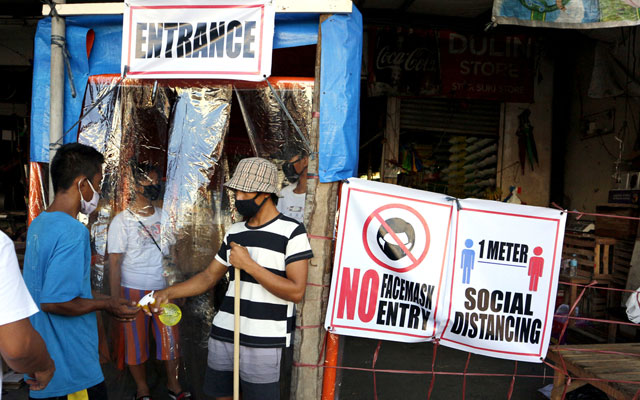 Already 2.5 months in hiatus, Philippine tourism is still barred from reopening, although metro Manila and nearby destinations have shifted from extreme to a more relaxed general community quarantine (GCQ) from June 1 to 15.

Under the GCQ guidelines, businesses in the tourism sector, including airlines, hotels, and tourist attractions, are not allowed to operate. Employees from other industries may return to work, but subject to limitations, while certain public transport, as well as specific services and facilities, are permitted to restart.

The cautiousness about lifting restrictions too quickly comes as, despite most of the Philippines being placed under strict quarantine in the past months, the number of coronavirus infections in the country continue to soar, especially in metro Manila, the country’s epicentre of the pandemic.

Nationwide cases soared to 18,086 on Sunday, including 16 new cases and 846 late cases arising from testing backlogs. Deaths totalled 957, and recoveries, 3,909.

But if domestic tourism’s reopening were to depend on the flattening of the Covid-19 curve, it’s going to be an indefinite waiting game as the country still has no mass testing and contact tracing.

The impact of zero tourism has far-reaching consequences as this is an industry contributing to over 12 per cent of the country’s GDP, and employed an estimated 4.5 million workforce, not counting those in support establishments.

“We will die not of Covid-19, but of hunger,” wailed those rendered jobless who are entitled to only up to 13,000 pesos (US$230) worth of government financial assistance, comprising a one-time receipt of 5,000 pesos from the Department of Labor and Employment (DOLE) and between 5,000 and 8,000 pesos from the Social Security System/Department of Finance (SSS/DOF).

In a joint business assembly of PATA Philippine Chapter and Philippine IATA Travel Agencies Association on Zoom, DOLE officer-in-charge-assistant secretary Dominique Tutay disclosed that the accommodation and food service sector – tourism in general – is the third most affected by the pandemic, after wholesale and retail trade, repair of motor vehicles and other service activities.

Tutay said 81 per cent or 13,833 of tourism companies hiring a combined 222,424 employees were closed temporarily during the lockdown, which was enforced on March 18, while the remaining 19 per cent or 3,328 companies with a combined 88,910 workers have flexi work arrangements. Majority of them are classified as SMEs and micro-enterprises.

She said that out of the 1.6 million employees, hailing from all industries including tourism, who applied for the 5,000 pesos cash assistance, the cash-strapped DOLE could afford to pay only 650,000 of them. The SSS/DOF is said to have aided 500,000 in the tourism workforce.

From investors in airlines, integrated resorts and hotels to owners of travel agencies and tour operations, all are bleeding from zero business, but it’s not yet known which of their recommendations for fiscal and other government support will be granted and when.

Even if they are allowed to open, they will need fewer employees since under the new health and hygiene protocols, hotels, for instance, will be allowed only 50 per cent occupancy to maintain social distancing.

Hoteliers said a 50 per cent occupancy means operating at a loss, but it will help with cash flow and jumpstart tourism.

Having adopted stringent health and hygiene protocols in keeping with local and international standards, the tourism industry is longing and ready to open anytime.

But until health authorities get their act together in slowing down Covid-19 infections, it will be tough regaining travellers’ trust and confidence.