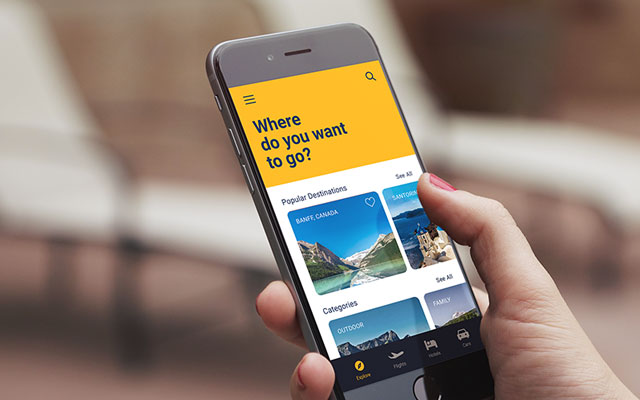 Aspiring Singapore and Thai travellers are showing renewed optimism for travel, with a spike in searches for domestic and regional trips, according to recent search data in both countries on Expedia’s websites.

With international travel restrictions still in place, domestic and short-haul travel planning has proven to be more promising, according to search data collected by Expedia.co.th.

For the entire month of April 2020, Expedia studied over 5,000 searches on its website by visitors looking to travel from April 2020. Results revealed that there is high thirst for travel, and Thais were searching and planning well beyond merely browsing. Dates were chosen for future check-in periods, showing more confidence in making the bookings; showing that the site visitors were inclined to actual travelling and scheduling in mind.

Indicating high interest for domestic travel, data found that seven out of the top 10 destinations searched for check-in period between October and December 2020 were mostly within Thailand, led by Phuket (12.82%), followed by Bangkok (11.54%), Chiang Mai (4.88%), and Pattaya (4.84%).

Over in Singapore, as the country’s circuit breaker eases, Expedia data revealed that locals are looking for staycation options in the near term, with an eye on overseas Asian destinations for their year-end travels.

According to accommodation searches conducted on Expedia.com.sg in the month of April 2020, staycations are Singaporeans’ preferred choice for a getaway from June through to December this year.

In view of the gradual reopening of international borders in time to come, Singaporeans have also shown renewed interest in overseas travel. Hinting at a positive uptick in consumer travel sentiments, Expedia data showed that Singaporeans have been searching for overseas travel options, with a particular interest in Asian destinations such as Tokyo, Taipei and Bangkok for their year-end travels.

As the resumption of international travel may still be some time away, Singaporeans are looking to go on staycations in lieu of overseas travel starting from the month of June, when the circuit breaker measures begin to ease. According to Expedia.com.sg, data on standalone hotel searches in April for check-in stays between June to July this year revealed that four in 10 accommodation searches were for staycations.

Come 2021, Singaporeans seem to display renewed optimism for travel to resume normalcy in the new year. Data on Expedia.com.sg showed that searches for travel to any one destination surpassed searches for local staycations for check-in dates of between January to February 2021.

In addition, Tokyo cemented its place as the top international destination searched by Singaporeans during this period.

In the coming months, Singaporeans are also looking to kickstart travel. With travel restrictions expected to be progressively lifted in the later months of this year, Expedia.com.sg also analysed search data on international travel destinations for the year-end.

During the period of October to December 2020, Expedia found that Asian destinations such as Tokyo, Taipei, Bangkok, Seoul and the Maldives were among the most-searched travel spots by Singaporeans.