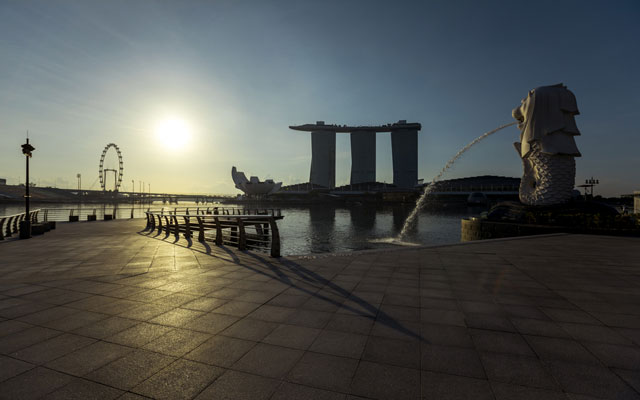 While most businesses in Singapore will reopen by July, its aviation and tourism industries face a longer wait to reopen fully, predicted deputy prime minister Heng Swee Kiat in a parliament session yesterday.

To support these affected businesses, the Singapore government has rolled out its fourth budget, dipping into another S$33 billion (US$23 billion) of the country’s reserve.

The Fortitude Budget will provide another S$3.8 billion to augment its Job Support Scheme for businesses. Under the scheme, it will extend the duration of payouts to August 2020, and continue to provide 75 per cent of wage support until August 2020 to businesses that cannot open after the Circuit Breaker measures end on June 1.

As well, it will increase the level of support for sectors that have been severely impacted. For instance, workers in the offshore, marine and retail industries will now receive 50 per cent wage support, up from the previous 25 per cent. The payouts will be made by July 2020.

Heng urged firms to use this support to “retain staff and train workers”. For the aviation and tourism sectors, he added, the government “will consider providing additional help depending on the situation and longer-term shape of these industries”, as well as the reopening plans for the economy.

SMEs affected by rental concerns will also receive support as the government will pass a bill mandating landlords to grant rental waivers to tenants with significant revenue loss. Further, the government will provide S$2 billion in cash grants to offset the rental costs for qualifying SMEs over one to two months.

Other tenants, including hawkers and commercial, can now receive up to five months’ rental waiver.

For unemployed workers, the government also slated the creation of 100,000 job opportunities in the public and private sectors for first-time and mid-career job seekers under a trio of SGUnited incentive packages.

The Fortitude Budget also includes another S$285 million in financial support to promising start-ups, as well as more than S$500 million to encourage businesses to embark on digital transformation during this period.

Finally, the government has launched a series of National Innovation Challenges, which urge inter- and intra-industry partnerships to develop solutions for the safe reopening of the economy.

In total, Singapore’s four Covid-19 support budgets have amounted to nearly S$100 billion, or almost 20 per cent of the country’s GDP. In addition to this, the government anticipates that a total of S$51 billion will be withdrawn from the country’s past reserves in this financial year.

It will also bolster its Contingencies Fund – from the usual S$3 billion set aside every year to S$16 billion this year – in order to respond quickly to “unforeseeable developments” that may arise, said Heng.