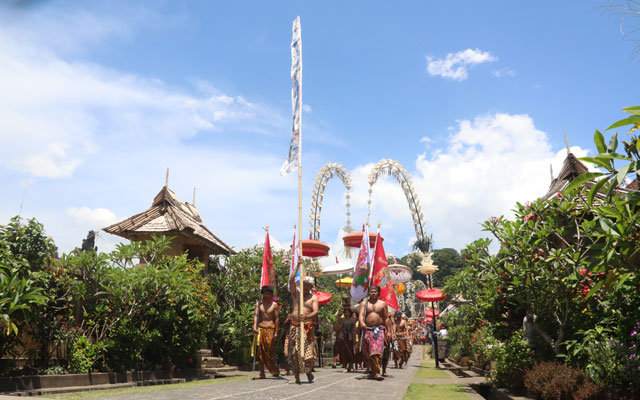 Indonesia’s Ministry of Tourism and Creative Economy (MTCE) will be implementing the CHS (Cleanliness, Health, and Safety) programme in every destination across the archipelago linked to the tourism and creative industries, in a bid to speed up the sector’s recovery post-pandemic.

As part of the nationwide move, Bali is set to become the pilot project. During a meeting with Bali’s vice governor Tjokorda Oka Artha Ardhana Sukawati on May 14, MTCE secretary Ni Wayan Giri Adnyani said that the Ministry is currently preparing recovery measures including compiling SOPs relating to health, cleanliness, and safety standards.

“Our Ministry collaborates with the Ministry of Health and related institutions in conducting surveys, verifying the implementation of the CHS SOPs properly and correctly, in accordance with the established standards,” said Ni Wayan Giri Adnyani, who is also head of Center for Tourism and Creative Economy.

She added that the initiative aims to rebuild visitor confidence and encourage tourists to return to Indonesia in the wake of the pandemic.

In general, Giri explained, the concept of CHS refers to health protocols issued by the Ministry of Health and the concept of sustainable tourism development, as well as the implementation of Sapta Pesona, which is the soul of Indonesian tourism.

In the initial stage, the CHS programme will be implemented in Bali, due to its relative success in containing the virus, despite being a tourist hub.

Giri said that the results from the CHS trial in Bali will become a point of reference for local governments and other tourism and creative economy stakeholders. “The next steps are verification, audit, and certification of CHS by involving certification institutions,” she concluded.