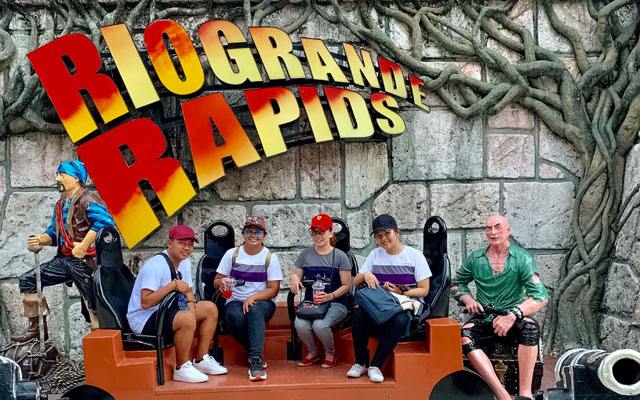 Expecting industry losses to hit 600 million pesos (US$11.8 million) in three months ending June 15 due to the pandemic, members of the Philippine Association of Amusement Parks and Attractions (PhilAAPA) will adopt new technology and cashless transactions to win public trust and confidence anew.

In a webinar organised by the Tourism Congress of the Philippines, PhilAAPA president Mario Mamon acknowledged that it is difficult to recover losses and get back on track as the industry is “at the bottom of priorities because we are crowd- and group-enabling businesses and that’s the number one no-no for social distancing”.

Mamon, who is also president of Enchanted Kingdom, said they could learn from Shanghai Disneyland, which reopened on May 11 at 30 per cent capacity and with measures such as limited attendance with an advanced reservation and entry system where visitors could only buy admission tickets for selected dates while annual passholders had to make advance reservations. These measures ensured contactless guest interaction and kept long queues at rides and attractions at bay.

PhilAAPA can also draw on Mamon’s wealth of information on basic protocols and guidelines for such situations, gleaned from the International Association of Amusement Parks and Attractions, of which Mamon was past president.

Elpidio Paras, president and CEO of Dahilayan Adventure Park in Bukidnon and Seven Seas Watermark and Resort in Misamis Oriental, said the company already has an ICT solution and an online ticketing system, and it is just a matter of implementation once the attractions are allowed to reopen.

Paras added that his attractions would implement an RFID wristband system which visitors can tap to pay.

As for contact tracing, he said he would have to consult with the Philippine Privacy Commission if his parks could get the address of visitors in case of Covid-19 infection, something that they never did in the past.

PhilAAPA members may also have to bring nurses onto premises, disinfectant chambers and other measures that the government may require.

With a reduced number of permitted visitors, PhilsAAPA members are determining how revenue will be impacted, and how to manage costs and operations so that the bottomline will still be positive.

PhilAAPA has about 40 members with 2,000 employees and make an annual gross income of three billion pesos.