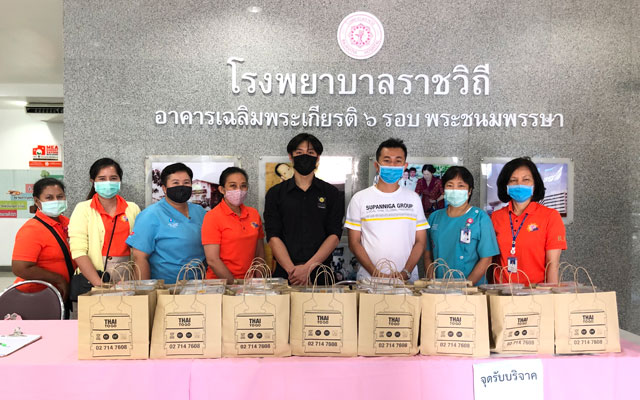 The Tourism Authority of Thailand (TAT) has launched a series of initiatives amid the pandemic to lift morale and buoy businesses – but they are not alone in their endeavours, with a host of local Thai hospitality and F&B businesses also forming efforts to catalyse the local economy.

Last month, TAT launched the Amazing Market public Facebook group as a free platform to connect shoppers and sellers. To date, it has nearly 21,000 members, and features everything from food to face masks and local handicrafts. The site is in Thai language, as a way of encouraging Thais to support local communities and businesses.

As well, Siriporn Trachoo, director of marketing and business consultant at QC Communications, launched in mid-April a Facebook group titled the Hotelier Marketplace. Inspired by similar e-marketplaces, the group is targeted at hospitality professionals, with its 13,000 members sharing their own products or e-commerce endeavours inside the group.

Siriporn, who has worked with many hospitality businesses, shared that the platform provides an avenue for many of her hotelier friends who have been furloughed or laid off to continue earning an income.

Online marketplaces are also “one of the best ways to educate Thais about e-commerce”, Sirirporn added, sharing that she alongside the site’s other moderators leverage their PR expertise to give advice on how to write content and approach clients.

Back in April, the TAT collaborated with Michelin Guide Thailand to distribute meals prepped by 18 Michelin restaurants to local medical personnel. One of the participants, chef Chumpol Chaengprai from the two-Michelin-starred R-Haan, said: “We’re not hoping for anything in return; we just want to encourage those who are working so hard to combat Covid.”

Thanaruek Laoraowirodge, co-CEO of Supanniga Group, whose restaurants Somtum Der and Supanniga also joined the TAT Michelin Guide Thailand initiative, shared that the company has also started an employee relief fund which sees a portion of its income going towards staff in need.

Such charitable efforts springing up amid the pandemic are a dime a dozen. Food writer and freelance journalist Vincent Vichit-Vadakan noted: “Khao man gai and pad thai shophouses that are struggling to make ends meet are quietly feeding people in their communities. Chefs around the country are going out onto the streets to feed people who have lost their jobs, particularly in the restaurant and hospitality industries. Communities are coming together to help each other in times of need.”

Somsak Boonkam, founder and CEO of Local Alike, said that this year alone, Local Alike and its CBT communities have already been involved in four TAT campaigns, including My Local Idol, Taste of the New Journey, and Farm School. “TAT’s campaigns are very useful in that they help to market CBT products in a different way,” he stated.

In anticipation of the rebound, TAT is next preparing to start its We Love Thailand and Amazing Thailand Health campaigns which will focus on stimulating domestic tourism once things normalise, and raising health standards in hospitality and MICE venues, respectively.