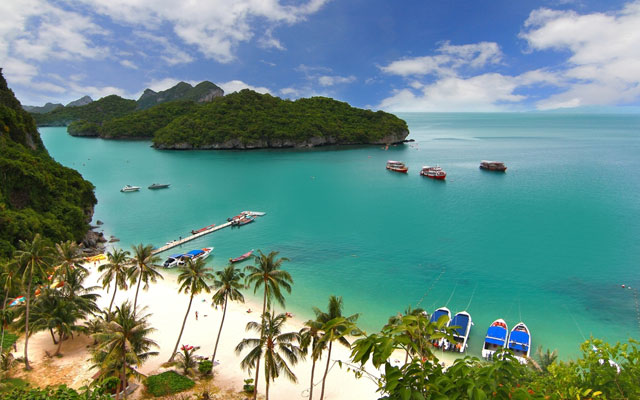 Since the launch of the Samui Plus programme on July 15 that allows fully vaccinated international travellers to enter Samui without quarantine, the number of arrivals to the Thai island through September 20 totalled 786.

This has resulted in 9,823 room nights and 58.9 million baht (US$1.76 million) in revenue, reported the Tourism Authority of Thailand (TAT).

The bulk of arrivals were from European countries with the top three source markets being France with 136 arrivals, Germany with 119 arrivals, and the UK with 105 arrivals. Other markets included the Netherlands, the US, Switzerland, Italy, Poland, Hong Kong, and Japan.

Bangkok Airways’ 132 sealed route flights between Samui and Bangkok has helped facilitate the transport of transit/transfer passengers under the Samui Plus programme.

In addition, since the launch of the Phuket Sandbox 7+7 Extension programme on August 16, international travellers have been able to continue their trip to Samui after first staying seven nights in Phuket.

Up till September 20, 232 visitors have extended their trip via Bangkok Airways’ 16 sealed route flights between Samui and Phuket, resulting in an additional 1,245 room nights and 7.46 million baht in revenue.

Between July 15 and September 20, Samui also welcomed 575 international travellers who had completed the 14-night mandatory stay in Phuket under the Sandbox programme.

Samui Plus has recorded 11,062 room nights on the books from 855 visitors up until December 10. Separately, there are advance bookings for 3,141 room nights from 490 visitors under the Phuket Sandbox 7+7 Extension up until November 27.