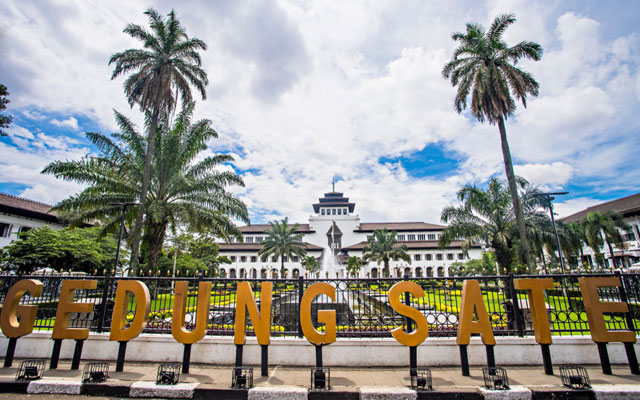 A raft of Indonesian travel companies are making strides in reaching new demographics by investing in virtual tours, a concept which has flourished as coronavirus-related lockdowns confine people to their homes.

He said that there are at least 20 participants joining the company’s tours daily, with higher numbers on weekends.

Seeing the keen interest in virtual tours, JGG is expanding its online travel menu, with different themes such as coffee, monuments, ramadan, and mosques. The firm is also in the midst of crafting a special route for corporations to take their employees on virtual tours.

Also elbowing its way into the e-action is Bandung Good Guide (BGG), which currently offers over 15 virtual experiences. The agency is now promoting a new exclusive tour dubbed Urban Legend Route, which traces the history and myths surrounding Bandung.

Fitria Nur, co-founder of BGG, said the virtual tours have helped them reach new markets. “Previously, most of our tour participants were from Jakarta and Bandung. With virtual tours, we get guests from Bali, Semarang, and Yogyakarta,” she added.

Likewise, Jaya Wisata is also attracting a new demographic with the launch of its Cirebon virtual tours in May.

Its director, Imas Kurniawati, shared that compared to clients of its physical tours who are usually above 35 years old or in their 40s, most participants of its virtual tours are in the age group of 20-35 years. “They are mostly young people from big cities like Jakarta, Bandung, and Surabaya, who are still hungry for new things and are curious,” Imas said.

Imas said that although the income raked in from virtual tours pales in comparison to that from physical tours, it helps to keep the revenue flowing nonetheless and ensure the survival of travel businesses.

She elaborated: “We don’t know how long this crisis will last, or the extent of the damage to the industry and the wider economy. But these virtual tours are giving us hope that there is still a light – as long as we stay positive, creative, and willing to learn.”