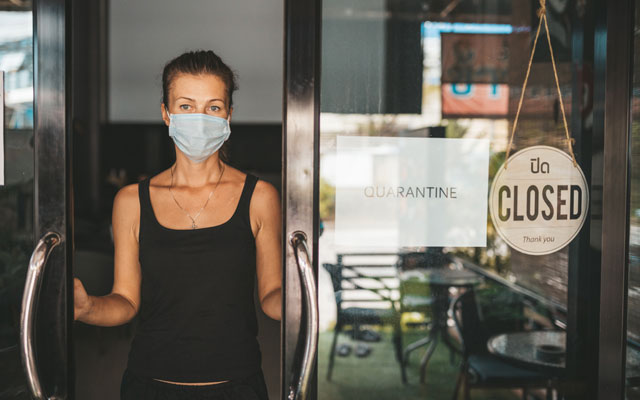 The coronavirus has brought about unprecedented economic disruption, prompting an acceleration of workplace closures and mass layoffs and furloughs across industries, including the tourism and hospitality sector which is bearing the brunt of the virus outbreak.

On April 8, Thailand’s Joint Standing Committee on Commerce, Industry and Banking (JSCCIB) released its evaluation of the millions of jobs that are at risk in the wake of the pandemic.

JSCCIB, which comprises Thai Chamber of Commerce (TCC), Board of Trade of Thailand (BOT), Federation of Thai Industries and Thai Bankers’ Association (TBA), believes the unfolding pandemic is having greater adverse effects on the economy than the 1997 Asian Financial Crisis, as most businesses affected back then were large to medium-sized enterprises, and financial corporations with loans denominated in foreign currencies.

“The Covid-19 crisis has affected all types of businesses – from small to mid-sized and some large (enterprises) – and led to a higher number of people losing their jobs, particularly from labour-intensive and grassroots enterprises, such as service providers of all sizes and tourism businesses,” Supant Mongkolsuthree, JSCCIB chairman, told Bangkok Biz News.

Pridi Daochai, TBA chairman, on Tuesday noted that the economic damage from the coronavirus so far is pegged at an estimated 1.3 trillion baht (US$40 billion), or 7.7 per cent of the GDP, 1.1 trillion of which was attributed to the tourism sector, reported Post Today. The economic contraction is set to steepen if the pandemic isn’t contained by mid-year.

“Bigger (corporations) with many hotels and good credit ratings will be fine for up to 18 months or longer if necessary… (but) many smaller individual hotels without financial support have already decided to shut down completely, and many will go on sale,” commented Gavin Vongkusolkit, who sits on the board of The Erawan Group.

The JSCCIB projects that more than seven million people, out of approximately 38 million in the formal workforce, are at risk of losing their jobs by end-June. Of those, 978,000 come from the three million formally and informally employed in the hotel industry.

Tourism-related businesses such as restaurants, entertainment venues, spas, massage parlours and retailers are expected to furlough an additional 4.75 million employees. Some 95 per cent of those who are being rendered jobless have a monthly income of less than 20,000 baht.

Kalin Sarasin, chairman of both TCC and BOT, told a briefing last week that the outlook is even bleaker, estimating that the number of job losses will hit 10 million if the pandemic drags on for another two to three months.

Gavin added: “Everyone, almost without exception, in the (hotel) industry will have to take leave without pay. Currently, the standard (pay during the leave) seems to be 25-50 per cent (of one’s monthly salary), regardless of whether you are a big hotel group or independent hotel. Some hotels also feed their staff, and I hear that some that are still operating in special conditions also offer accommodation… to partially compensate for (pay cuts).”

JSCCIB has asked the government to issue a closure order for all hotels in the country to enable hotel staff to claim financial aid equivalent to 62 per cent of their monthly salary, capped at 9,300 baht, from the Social Security Fund (SSF) for a period of no more than 90 days.

In response, on Tuesday, Sutthi Sukosol, Ministry of Labour permanent secretary and Social Security Committee chairman, told Thansetthakij that the SSF now categorises the Covid-19 crisis as a force majeure event, and as such, those registered in the social security system who have been suspended or terminated from their jobs are eligible to tap on SSF’s unemployment insurance fund, which currently holds 164 billion baht.

The SSF will start releasing the funds this week, with the average financial aid allotted to each person estimated at 7,080-8,000 baht. – Additional reporting by Anne Somanas