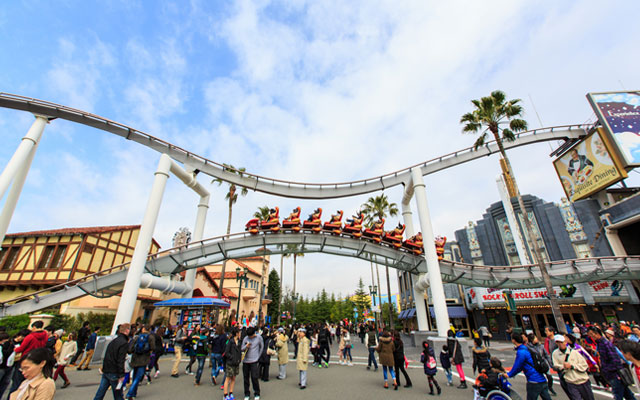 The travel and tourism industry will play a pivotal role in Asia-Pacific’s economic recovery, once the Covid-19 pandemic resolves, according to a new report by the World Travel & Tourism Council (WTTC).

In its latest annual Economic Impact Report (EIR), WTTC shared that in 2019, travel and tourism generated US$2,971 billion towards GDP, or 9.8 per cent of the region’s economy, representing a 5.5 per cent growth from the previous year. This figure puts it ahead of the overall regional economy for the fifth consecutive year, which grew by 4.2 per cent.

International visitor spend totalled a staggering US$548 billion, representing 6.6 per cent of the region’s total exports.

This surge in tourism receipts was driven by the continued growth in middle income households, visa facilitation, improved connectivity and government prioritisation of the sector.

In addition, WTTC’s study also showed that over the last five years, the travel and tourism sector created more than 21 million new jobs in the region, accounting for 56 per cent of all new jobs globally.

As well, leisure travel makes up the majority of total travel and tourism spend (81 per cent), with only 19 per cent being attributed to business travel. When considering domestic and international spend, the numbers skewed similarly, with domestic visitor spend comprising 74 per cent of the total, and international making up 26 per cent.

China led the region in 2019 in terms of GDP and employment size, with strong performances in other major Asian markets such as Vietnam, Malaysia and the Philippines.

Malaysia and Vietnam also witnessed significant growth, up 6.6 per cent and 7.7 per cent respectively, with both displaying an even split between domestic visitor spending (49 per cent) and spend from international (51 per cent). The majority of the travel and tourism spending in both countries overwhelmingly came from leisure travel, with Malaysia attributing 86 per cent of visitor spend to leisure, and Vietnam attributing 90 per cent.

The Philippines also saw significant growth by 8.6 per cent once again, making up 25.3 per cent of the total economy in the country and supporting 24.1 per cent of total employment, the equivalent of more than 10 million jobs. Leisure spending made up 66 per cent of total visitor spending, and 85 per cent was made up of domestic visitors.

Gloria Guevara, WTTC president & CEO, said: “WTTC’s 2019 EIR shows how intrinsic travel and tourism was last year to the economy in Asia-Pacific, making it the fastest growing region in the world in terms of its contribution to GDP, supporting more than 182 million jobs or 9.6 per cent of the total number of people employed.

“Our report underscores how vital travel and tourism will be in powering the recovery of the region’s economy, generating new jobs and driving visitors back to Asia-Pacific, having a positive economic domino effect on suppliers large and small throughout the industry.

“Until then, it is crucial that all governments throughout the region help to protect travel and tourism as the backbone of the regional and global economy, which is currently in a fight for survival. Our research shows that up to 75 million jobs globally are at immediate risk, with more than 48 million at risk across the Asia-Pacific region alone, highlighting how critically the sector requires support.”

On a global level, the travel and tourism sector outperformed the 2.5 per cent rate of global GDP growth for the ninth consecutive year in a row, thanks to an annual GDP growth rate of 3.5 per cent. This made it the global economy’s third highest sector in terms of GDP growth.

The EIR shows the sector supporting one in 10, or 330 million, jobs; making a 10.3 per cent contribution to global GDP and generating one in four of all new jobs.

A breakdown by WTTC shows Asia-Pacific to be the top performing region worldwide, with a growth rate of 5.5 per cent, followed very closely by the Middle East at 5.3 per cent. The US and EU both demonstrated a steady growth rate of 2.3 per cent, while the fastest growing country was Saudi Arabia, growing four times than the global average.