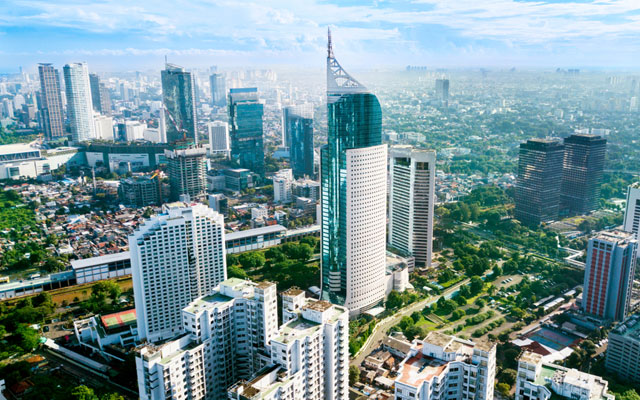 Governments across Asia are tightening the screws on social distancing and travel restrictions, with many announcing the extension of travel bans and lockdowns, in a bid to stem the Covid-19 spread.

Anies Baswedan, governor of Jakarta, was the first to implement the 14-day PSBB, after extending the state of emergency to April 19 and earmarking a three trillion rupiah (US$189 million) stimulus package to soften the economic blow of Covid-19 in Indonesia’s capital.

Thereafter, Ridwan Kamil, governor of West Java, and Wahidin Halim, governor of Banten, followed in Anies’ footsteps by declaring similar restrictions in Bogor, Bekasi and Depok in West Java, as well as Tangerang and South Tangerang in Banten.

In Jakarta, the PSBB was enforced on April 10. In West Java, it is slated to kick in on April 15. Banten, on the other hand, has yet to announce when the PSBB will come into effect.

Under this stricter restriction, violators face up to one year jail term and a fine of 100 million rupiah.

In light of the physical distancing measures ordered by president Joko Widodo, schools, offices, public spaces and entertainment venues in Jakarta continue to remain closed. As well, religious gatherings, social and cultural activities, public celebrations like weddings, and any gatherings of more than five people are also banned during the PSBB period.

Furthermore, public transportation services are permitted to operate only from 06.00 to 18.00, with passenger capacity capped at 50 per cent of the usual limit. App-based motorcycle taxis are also barred from transporting passengers within the PSBB period.

While roads in the capital city remain open, a limit has been placed on the number of passengers in private vehicles on Jakarta’s streets.

In Jakarta alone, the coronavirus has infected 2,044 people and killed 195 as of April 12, making the capital city the country’s epicentre of the Covid-19 outbreak. West Java is the country’s second worst-hit city, with 450 confirmed cases of Covid-19 and 43 fatalities. Banten has seen 281 infections and 21 deaths.

The entire country has seen 4,241 confirmed cases and 373 fatalities. – Reporting by Kurniawan Ulung

Malaysia’s government has announced a second extension of the movement control order (MCO) by another two weeks to April 28, from April 15, citing feedback from the Health Ministry and medical experts.

All businesses, schools, religious institutions, and government offices will remain shut, and only essential services including banks, supermarkets, and pharmacies are allowed to operate. All mass gatherings are also banned.

The MCO kicked in on March 18 and was initially for a period of two weeks to March 31, but was extended by another two weeks to April 14.

Yap Lip Seng, CEO of Malaysian Association of Hotels, commended the government’s extension of the MCO, but said it represented steeper losses for the tourism industry. “Even when the MCO ends, tourism is not expected to recover for at least another six months, depending on the situation worldwide,” he said.

He had earlier called for the government to provide targeted support for the tourism industry to tide through the MCO period and beyond.

He also acknowledged that post-Covid-19, travel will never be the same again and hotels in Malaysia are armouring up for the anticipated changes.

“The tourism industry, and particularly hotels, are actively drafting new standard operating procedures and practices to enable people to travel without worries in the near future. Operations such as F&B services and (corporate events) will be adopting new preventive measures to protect attendees and participants as (part of) the new norm,” he said.

Meanwhile, hotels are using the activity slump to give their properties a facelift. Anthony Wong, managing director, The Frangipani Langkawi Resort & Spa, said that he was using the MCO period to do maintenance and renovation works on the property.

The hotel’s 140 employees have also taken on new responsibilities, such as giving the resort a fresh coat of paint and planting more vegetables on-site for their own consumption.

Wong reckoned that it will take two to three years for the inbound travel industry in Malaysia to bounce back to pre-Covid-19 levels. And after the MCO is finally lifted until year-end, he expects occupancy at the property to hover between 10-20 per cent, with the domestic leisure segment forming the bulk of visitorship.

On Friday, the country reported 4,346 confirmed Covid-19 cases, with a death toll of 70. – Reporting by S Puvaneswary

Following Japan’s move to declare a month-long state of emergency for seven prefectures, other prefectures in the country are also crying out for a similar decree to be passed.

The governors of Aichi and Kyoto, the eighth and tenth worst hit prefectures, asked the government on Friday to grant them the state-of-emergency classification.

Both Gifu and Hokkaido have declared a state of emergency, but they cannot requisition buildings or supplies without the government classification.

Narita Airport shut one of its two runways on Sunday, in response to a slump in air traffic and the “soft lockdown” requirement of limited on-site workers. Lack of demand has also pushed Haneda Airport to close its new passenger facility at Terminal 2.

In Japan, the number of Covid-19 cases passed 6,000 on Saturday, prompting the government to ask residents nationwide to avoid nightclubs, downtown and other busy areas to help curb infections. – Reporting by Kathryn Wortley

India’s prime minister Narendra Modi is set to extend the nationwide lockdown for another two weeks, said state ministers on Saturday (April 11), in response to the growing fallout in the country, which boasts a population of 1.3 billion.

The 21-day lockdown is due to end on Tuesday, but several chief ministers from India’s 29 states and territories have been pushing Modi to extend the lockdown due to the rising death toll from the coronavirus.

Two states, Odisha and Punjab, have already extended the lockdown by two weeks, but there is growing pressure on the government to enforce the extension nationwide to freeze movement between states.