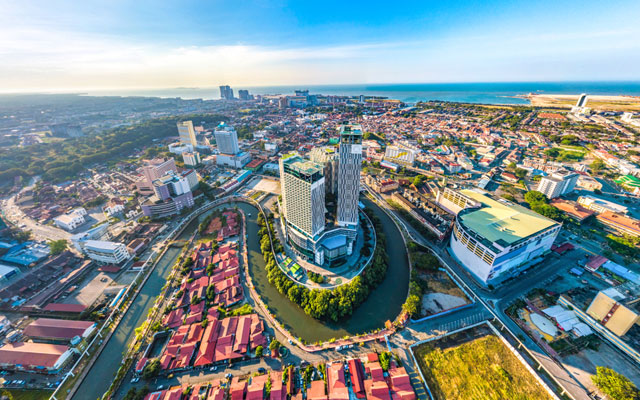 The RM250 billion (US$57 billion) package is aimed at bolstering its economy and providing relief to individuals and businesses, which are grappling with the impact of the Covid-19 pandemic. It comes in addition to the RM20 billion fiscal stimulus package rolled out last month.

Highlights of the new package for businesses include providing employers a RM600 monthly wage subsidy for three months to help them retain staff who earn below RM4,000 monthly; giving employers payment options in contributions to the Employees’ Provident Fund (EPF), such as restructuring of contribution schedules or staggering outstanding payments; exemption from the mandatory Human Resources Development levy for six months; and a three-month deferment of income tax instalment payments for all SMEs, beginning April 1, 2020.

Businesses and households will also enjoy free Internet from April 1 until the Movement Control Order ends, and electricity discounts of between 15 and 50 per cent for six months for those with usage below 600 kWh.

Mustapa Mohamed, the minister in the Prime Minister’s Department (Economy), said the stimulus package is “among largest in world”.

However, the travel trade has begged to differ.

MATTA president, Tan Kok Liang, issued a statement that expressed the disappointment in the stimulus package felt by his members. MATTA members said the stop-gap measures failed to address the key issue of job retention in the tourism industry, especially for SMEs

“What will happen after the handouts are fully given out by May when employees find themselves out of a job because the businesses they used to work for have been forced to close?” he asked.

Malaysia’s tourism sector, which employs 3.5 million people and contributes 15.2 per cent to the nation’s GDP, has seen revenues fall by a staggering 90 per cent in March and is looking at a near total-loss in business for the months of April, May and June, according to a MATTA press release.

Tan added that the stimulus does not address the fundamental needs of businesses and will eventually lead to companies having to lay off employees in order to stay in business – a move that will have a “long-lasting ripple effect on many other industries”.

“At this point in time, both employers and employees are willing to compromise to keep people employed but the government is making it somewhat difficult for everyone. For instance, the EPF contributions are only deferred and even then, subject to approval. Even the RM600 staff retention subsidy has questionable eligibility criteria.

“From the way it looks, employees can look forward to some small relief in April and partly in May, but after that, with the prospect of retrenchment looming, they are essentially on their own,” Tan said.

Similarly, MACEOS president, Vincent Lim, has urged the government to review the stimulus package, such that it would benefit players in the events industry in the long run.

With the pandemic, it is expected companies will face difficulties or even wind up soon. At the moment, members of MACEOS are already bracing for the fallout to extend beyond 2020.

Lim added: “As the Stimulus Package 1.0 did not address much of the concerns raised by the private industries, in particular the business events sector, MACEOS expected that a follow-up package would have mitigated some of the major needs expressed officially to the government through the association.

“The priority should be on assisting businesses, particularly SMEs, in order to sustain the country’s economy. When businesses, especially SMEs, have to wind up tomorrow, many will be forced to retrench their employees.”

Malaysian Association of Hotels (MAH) president, Kamaruddin Baharin, said that the wage subsidies given to employees fall below industry expectations.

“The hotel industry, in particular, had earlier proposed a minimum of RM1,000 per employee, or a minimum equivalent of 50 per cent of the employee’s monthly pay, for a period of six months. This is in response to a much lower occupancy rate projected for the coming months, looking at the situation worldwide,” he said.

“We are looking at an average occupancy for Malaysia of nothing more than 25 per cent in June, and that is if the Movement Control Order ends on April 14 and the spread of Covid-19 (is brought) under control. Recovery is not expected until the third quarter, with the industry putting hopes in the year-end holidays to ease (impact of) accumulated losses for the year,” he detailed.

Kamaruddin added that MAH’s call for banks to waive interests on top of the moratorium, and to reduce employers’ contribution, were not included. Instead, employers are encouraged to consult the EPF on restructuring, rescheduling or postponement of contributions from April 15.

“We all need to work with what is given now, and we will continue to engage and update the government on the situation on the ground, and whether the initiatives are helping (tourism businesses) or if hotels are still forced to close given such unprecedented economic pressures,” he said.

Since February, 2,041 employees in the hospitality industry have been laid off, while 9,773 have gone on unpaid leave and another 5,054 forced to take pay cuts, according to MAH statistics. This number is based on a sampling size of 56,299 employees and is set to grow over the next few months.