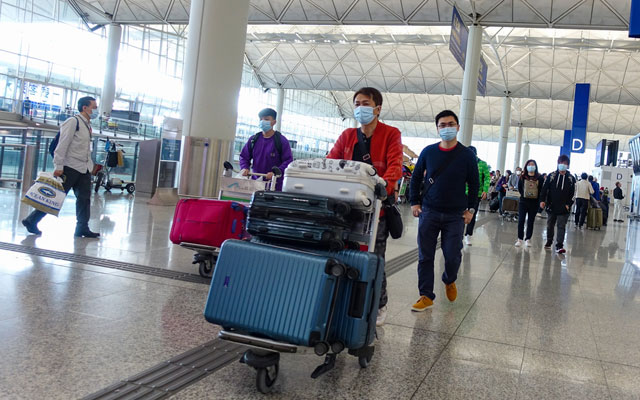 Hong Kong will put all visitors under a two-week quarantine starting midnight on Thursday (March 19) to prevent the spread of Covid-19.

The government has also advised residents to avoid all non-essential travel.

Those arriving in Hong Kong will be put under home quarantine, the South China Morning Post reported. The new restrictions will not apply to arrivals from mainland China, Macau or Taiwan, it added.

Since February 8, anyone arriving in the city from mainland China, except Hubei province, have to serve a mandatory quarantine for 14 days as part of efforts to contain the spread of the virus.

Residents from Hubei province have been barred from entering Hong Kong since January.

As of Monday, Hong Kong has 157 confirmed cases and four deaths in the city.

“In many countries the number of confirmed cases can be described as explosive. If we don’t adopt some strict measures … I’m afraid all precaution efforts done in the past two months would be wasted. It will affect the public health of Hong Kong,” chief executive Carrie Lam said at a press briefing on Tuesday.

The suspension of schools, which was originally supposed to end on April 20, is also likely to be extended, said Lam.