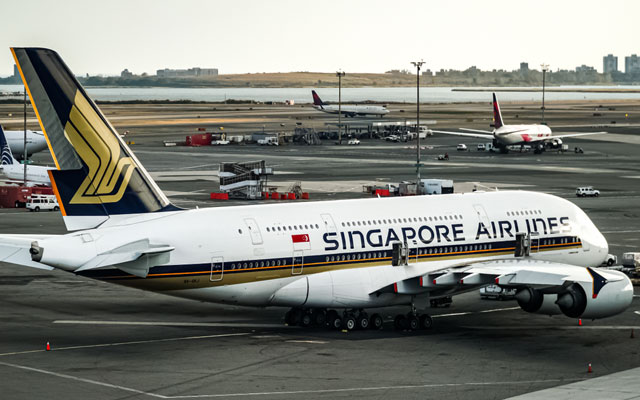 Further capacity cuts have been ordered by Singapore Airlines (SIA), Qantas, Jetstar and Air New Zealand (Air NZ) as travel demand plunges even further on the back of tougher government containment measures to contain the Covid-19 outbreak.

SIA will be suspending additional services across its network amid what it calls “an unprecedented time in the airline industry”.

The suspensions mean that SIA will operate only 50 per cent of the capacity that had been originally scheduled up to end-April, said the airline in a statement.

SIA CEO Goh Choon Phong said: “We have lost a large amount of our traffic in a very short time, and it will not be viable for us to maintain our current network. Make no mistake – we expect the pace of this deterioration to accelerate. The SIA Group must be prepared for a prolonged period of difficulty.”

Full details about the suspended flights will be announced on the SIA website today (March 18).

As well, Qantas and Jetstar will cancel almost all international flights and make steep cuts to domestic flights until June. The move will render a 90 per cent reduction in global capacity until at least the end of May, a sharp increase from the 23 per cent capacity cuts announced last week.

Domestic capacity will be slashed by around 60 per cent over the same period, a major increase from the five per cent reduction last week.

The cuts will see the grounding of around 150 aircraft, out of about 300 across the group, including almost all of its wide-body fleet.

Affected Qantas and Jetstar flights will be announced by the end of the week.

In a similar move, Air NZ will further reduce capacity on its longhaul network by 85 per cent over the coming months.

The airline will operate a minimal schedule to allow Kiwis to return home and to keep trade corridors with Asia and North America open. Full details of this schedule will be unveiled in the coming days.

For its longhaul network, the airline will suspend flights between Auckland and Chicago, San Francisco, Houston, Buenos Aires, Vancouver, Tokyo Narita, Honolulu, Denpasar and Taipei from March 30 to June 30. It is also suspending its London-Los Angeles service from March 20 (ex Los Angeles International Airport) and March 21 (ex Heathrow Airport) through to June 30.

The Tasman and Pacific Island network capacity will be significantly reduced between April and June, with details of these schedule changes to be announced later this week.

Domestic capacity will be cut by around 30 per cent in April and May, but no routes will be suspended.