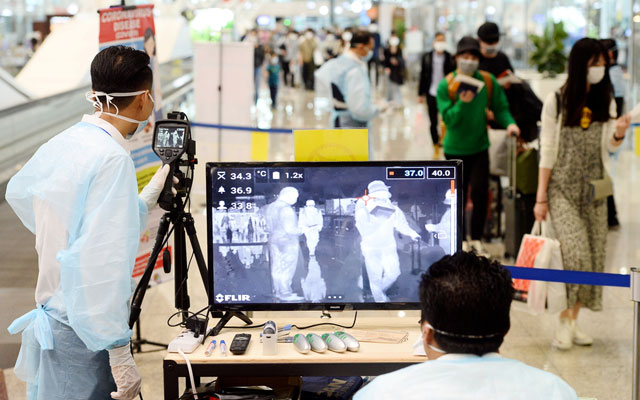 Cambodia is the latest in a growing list of South-east Asian countries which are introducing bans on travel from Europe and the UK, as governments struggle to contain the spread of Covid-19.

Cambodia has banned entry of travellers from five countries – Italy, Germany, Spain, France and the US – for 30 days starting today (March 17), as Phnom Penh records two new infections on Friday.

In addition, the country has urged its citizens to refrain from travelling to Europe, the US and Iran. All government officials and citizens returning from Europe, the US, and Iran are also required to self-quarantine for 14-days, in accordance to the procedures set by the Ministry of Health.

In addition, all international river cruises are banned from entering Cambodia from March 13 until further notice.

Since March 15, Vietnam has banned travellers with a travel history to the UK, Northern Ireland and Schengen countries in the past 14 days. The ban will last for 30 days.

Vietnam’s government has also suspending the issuance of visas on arrival to travellers from all countries for a month. The ban excludes diplomatic and business travellers, but they face health checks and possible quarantines, said the Ministry of Foreign Affairs in a statement.

The decision follows Vietnam’s suspension of visa waivers for people from the UK, Germany, France, Spain, Denmark, Norway, Finland and Sweden. As well, travellers from South Korea and Italy are required to obtain a visa from an embassy ahead of arrival.

From March 16, Sri Lanka will also not allow people arriving from the UK or who have travelled through the UK into the country.

As well, the Foreign Office has advised against all non-essential travel to the country.

Elsewhere, Malaysia has also widened its ban to include seven provinces in Italy, Japan and Iran. The areas are Lombardy, Veneto and Emilia-Romagna in Italy; Hokkaido in Japan; as well as Tehran, Qom and Gilan in Iran.

Under the ban, visitors who have been to those cities or provinces within 14 days of their arrival to Malaysia will be barred from entering the country.

This is in addition to Malaysia’s prior travel bans on visitors from Daegu city and Cheongdo district in Korea, as well as Hubei, Zhejiang and Changdu provinces in China.

Since Sunday, Singapore has also banned all visitors who have been to Italy, France, Spain and Germany within the last 14 days from setting foot in the country.

The total number of Covid-19 cases worldwide has crossed 132,000, with a death toll of 5,000, most from China where the virus is believed to have originated, according to the World Health Organization (WHO).

Europe has now become the epicentre of the pandemic, recording more cases and deaths outside of China, said WHO officials last week.