Pamela Chow finds out fun is the name of the game as Singapore welcomes more family-friendly attractions and activities, updated for a new generation of parents and kids. 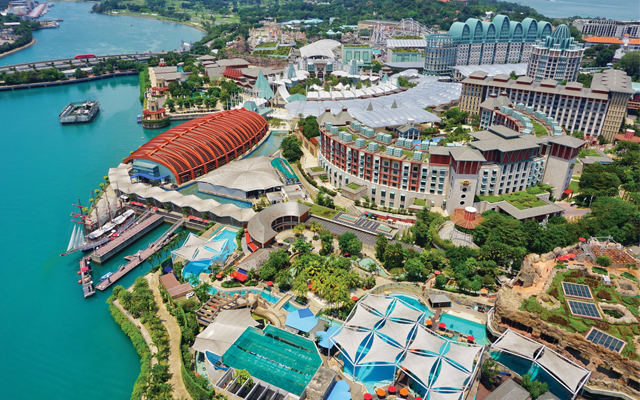 Singapore is on the cusp of resurgence as a family destination, as the country shapes up with a slate of new and upcoming developments aimed at drawing younger families.

Preceding the opening and announcements of these fresh developments was the Singapore Tourism Board (STB)’s Action Seekers marketing push. Launched in January last year, the initiative targeted adventure- and sports-minded travellers, including children, youth and of course, by extension, families.

Then, in April last year, the island of Sentosa welcomed three new hotels under the Far East Hospitality group. Of the three, the 606-room Village Hotel at Sentosa is a family-friendly option featuring themed pools and a range of activities for all ages.

Besides playing host to new hotels, Sentosa will be rolling out major transformations such as an expansion of Pulau Brani, beach enhancements, new attractions, and nature zones.

On top of all this, Resorts World Sentosa (RWS) is undergoing a S$4.5 billion overhaul, which is set to increase the gross floor area of the integrated resort by about 50 per cent.

As part of RWS’ transformation into RWS 2.0, new experiences will be delivered in phases until 2025. The first will be a pirate-themed dining playhouse, which is slated for end-2020.

Coming down the line are a public seafront attraction with free evening light shows, expansions and two new sections for Universal Studios Singapore and an enlarged S.E.A. Aquarium, which will be renamed Singapore Oceanarium.

All of these enhancements are expected to entice visitors to extend their stay in Sentosa and Singapore.

Guy Allison, then-director of procurement, Tour East Holdings and now co-founder and chief talent officer, G & P Recruitment – a Bangkok-based hospitality company –  commented: “Sentosa’s becoming quite a family destination. It’s starting to attract people to stay in Singapore for not just a few nights, but three or four – maybe even a week. With the new developments, it might even become a destination in itself.”

On Singapore’s mainland, NERF Action Xperience, with its high-octane offerings, opened in September last year. To continue pulling in more family visitors, the centre will host the inaugural NERF Agility League for children and youths from seven to 16 years old this year.

Billing itself as a family-focused edition of the global event, this year’s Singapore leg will feature carnival activities, a children’s FunZone with stage performances, live shows, art activities and face painting, as well as a line-up of new family-friendly activities that will be announced.