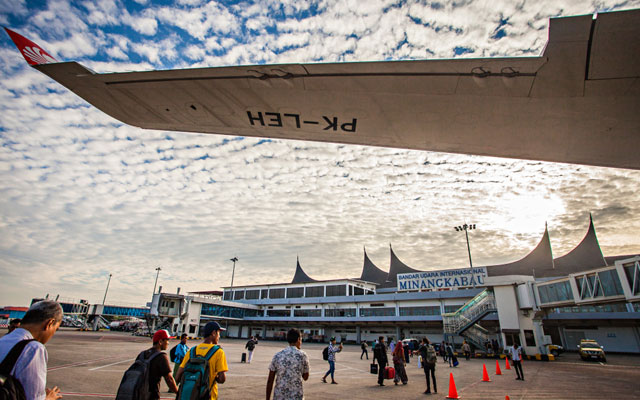 Following its travel ban on China, Indonesia has now expanded its ban to travellers from Italy, South Korea and Iran – regions hardest-hit by Covid-19 – as it seeks to curb the spread of the deadly disease.

The new travel restrictions, which started yesterday (March 8), will leave Indonesian trade players to fall into even deeper limbo after the loss of the Chinese sector – their second-biggest source market.

The banned regions are Tehran, Qom, and Gilan in Iran; Lombardi, Veneto, Emilia Romagna, Marche and Piedmont in Italy; and Daegu and North Gyeongsang in South Korea.

Travellers who have been in those regions in the last 14 days would not be allowed to set foot in Indonesia, according to Retno Marsudi, minister of foreign affairs, who announced the policy on March 5. She explained that this was in response to WHO’s latest report on the spike in reported Covid-19 cases in the three countries.

The diplomat added that travellers with no travel history to the aforementioned regions had to show a valid health certificate issued by health authorities in those three countries to airline officers during check-in process.

Before arriving in Indonesian airports, travellers are required to declare their travel history in health alert cards distributed by the Health Ministry of Indonesia.

Indonesians returning from Iran, Italy, and South Korea, especially from the aforementioned regions, are required to undergo additional medical examinations at entry points.

AB Sadewa, corporate secretary of Panorama Destination, expressed anxiety over the travel ban as it could possibly extend to other European countries if the outbreak remained.

He said that the bulk of his inbound guests traditionally came from Europe, with Italy making up 20 per cent in the West Europe market alone.

“Italy ranks the fourth after the Netherlands, Germany, and France,” he said.

Sadewa said that he had sent a letter to his business partners in Italy, asking them to prepare a health certificate.

He added, however, that the technical details about the ban remain unclear as it does not state whether it applies to citizens who happen to be based in the aforementioned regions, or for those who are official residents there with identity cards as evidence.

Posing a similar question is Adjie Wahjono, operation manager of Aneka Kartika Tours, who said that it would be hard for Indonesian authorities to check the area of origin of foreign tourists from those three countries.

Although Italy was not his market, Adjie was worried about the possible restriction that Indonesia might impose in the future on travellers from his major markets, such as Germany, France, and Scandinavia, in the event of a surge in the number of reported Covid-19 cases there.

However, he noted that the safety of the locals is key in the authorities’ handling of the epidemic. “Local tour operators need to understand that this restriction is made to protect us. (If the number of cases of Covid-19) soar in Indonesia, do we have the capacity to solve that issue?” he said.

Following the minister’s announcement, Santika Indonesia Hotel and Resorts in Bali received a deluge of cancellations from Italy, Iran and South Korea for room bookings from March to May, revealed its general manager of business development and marketing communications, Sudarsana.

Both South Korea and Italy make up eight to 10 per cent of Santika’s markets, respectively, while Iran comprises less than that. However, Sudarsana said that cancellations made by FITs and groups from those three countries were impactful because they happened after the huge loss of Chinese tourists.

Similarly, the Ramayana Hotel in Bali has also been hit by a wave of cancellations, especially from Iran.

“Honestly, I am sad and disappointed. But I can understand (the travel ban) because this is a (force majeure). We are also aware of the risks that Iranian clients face if they were to visit Indonesia. In general, in Bali, (tourism businesses) are incurring financial losses (from the loss of the inbound Iran market) as the holiday season for the Iranians starts on March 15,” said Susiati, business development manager of Ramayana.

It has been a booming trend for Iranians to take a vacation in Bali during their holiday season, and their visitorship can soar up to around 20 per cent, according to Susiati.

The ban is especially painful for Susiati as she had just returned from Iran from promoting her properties there, where she sought to attract Iranians to fly to Bali during their holiday seasons, which take place from March 15 to April 15, as well as in September and October.

She said that the cancellations from her Iranian clients came from the entire country, and not just blacklisted regions like Tehran, Qom, and Gilan.

Susiati further shared that the loss of the Iran market was of huge concern since they typically opted for week-long stays. “And they visit Indonesia during the low season, as opposed to the Australian and European tourists who come during the peak season,” she added.

She suggested for the government to help the tourism industry by allowing healthy travellers to enter Bali, instead of banning all travellers from the aforementioned countries.

After the launch of the travel restriction, Garuda Indonesia announced that regular direct flights from and to Incheon, Seoul, would not be affected by the government’s travel ban.

The seven-times-weekly flights connecting Seoul to Jakarta and Denpasar will run as per normal, according to Irfan Setiaputra, president director of Garuda Indonesia.

The airline said in a statement that it will continue to coordinate with the ministry and related authorities to follow up, especially in terms of what preventive actions airlines can have to mitigate the risk of the spread of Covid-19 from and to the affected regions.

For instance, Garuda Indonesia disinfects its aircraft as well as provides hand sanitisers and masks for crew and passengers. It also replaces the HEPA filter in aircraft from and to destinations affected by the outbreak, and checks its on-duty cabin crew members routinely.