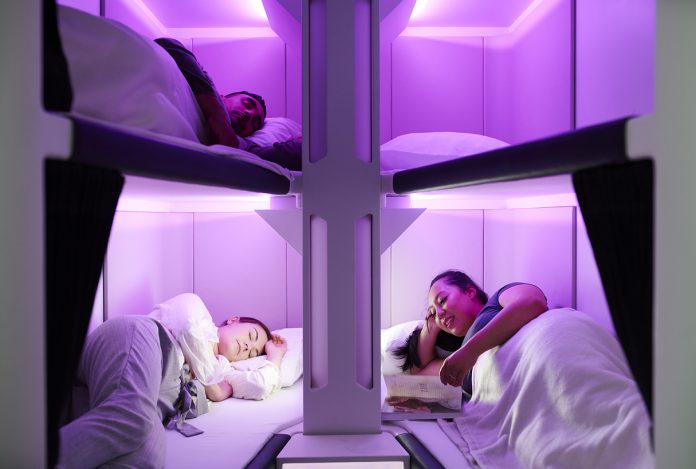 The sleeping pods, which measures around 200cm by 58cm, are the result of three years of research and development, with input from more than 200 customers at the airline’s Hangar 22 innovation centre in Auckland.

Each pod will include a full-size pillow, sheets and blanket, ear plugs along with privacy curtains and lighting designed for sleep. ANZ is also exploring other features such as separate reading light, personal device USB outlet, and ventilation outlet.

ANZ chief marketing and customer officer Mike Tod said: “A clear pain point for economy travellers on long-haul flights is the inability to stretch out. The development of the Skynest is a direct response to that challenge.”

The airline will decide whether to operate the Skynest next year after assessing the performance of its inaugural year of Auckland-New York operations.