Riding on the growing trend of experiential travel, Shikoku is touting its lesser-known experiences such as yuzu picking and runcations, writes Pamela Chow. 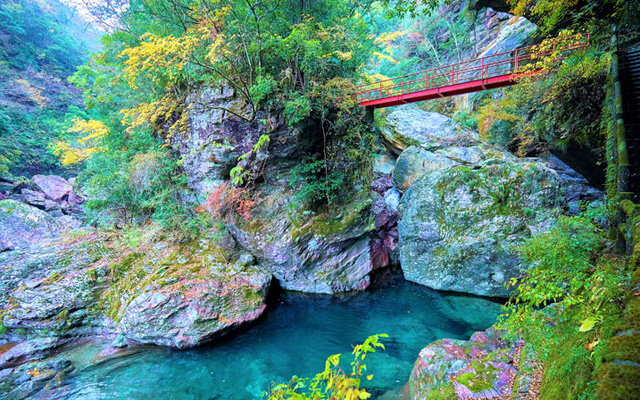 A sleepy mountainous island south of Hiroshima, Shikoku, is looking to the upcoming Tokyo Olympic and Paralympic Games in May to bring in a stream of visitors, with its tourism board and stakeholders working to raise awareness of the island’s many charms.

Shikoku comprises four prefectures – Ehime, Kochi, Kagawa and Tokushima – and has been increasingly welcoming more direct flights from the rest of Asia. Ehime’s Matsuyama Airport is connected to Seoul and Shanghai, while Kagawa’s Takamatsu Airport is linked to Taipei, Seoul and Shanghai.

And travel to Shikoku is set to become even more accessible, with China Airlines’ flights between Taiwan Taoyuan International Airport and Takamatsu Airport coming online, and a new highway connecting Kochi Regional Airport and Kochi City currently under construction.

Now, Singapore is next on the agenda, shared Yuka Minami, manager, Tourism Shikoku. She said: “We are currently focusing on the Singapore market. In August 2019, we joined JNTO to exhibit at the NATAS Travel Fair, and we have found that Singaporeans like food experiences such as soba noodle-making and yuzu fruit-picking.

“Over the next two years, we plan to return to Singapore’s travel fairs again in August or September.”

Minami added that Tourism Shikoku also plans to step up participation in global tradeshows such as Visit Japan Travel Mart, as well as trade outreach events in England and France. Other than Asian visitors, the bulk of longhaul visitors to Shikoku currently hail from English-speaking markets such as the UK and the US.

Last year, the Kochi Prefectural Government joined hands with travel and fitness companies to craft hybrid tours for FITs and interest groups from Singapore. It struck a collaboration with Singapore agency Royal Wings Travel to develop two 7D6N free-and-easy tours to encourage in-depth exploration of the east and west regions of Kochi.

These unguided itineraries – which can be tweaked according to preference – include three-star hotel reservations; train tickets; local businesses and attractions; as well as maps and tourist information, compiled within a travel guidebook. The tours were launched at an Experience Kochi travel and food fair in October in Singapore, where they were sold by agencies Pegasus Travel Management, Siam Express and JOYOJ.

The Kochi Representative Office also joined hands with Singapore-based ABCDE Fitness on a marathoner package that includes flights, accommodation at the new Mont Bell Mountain Lodge, warm-up sessions with a local running group, passes for the Kochi Ryoma Marathon in February 2020, private tours and workshops, and a dinner party with local residents.

Such creative collaborations are essential to attracting visitors today, said Takanori Asai, deputy director of the Kochi Representative Office in Singapore. He expressed: “It has become really hard to promote a destination through traditional means, so we’ve had to come up with new ways to promote Kochi.”