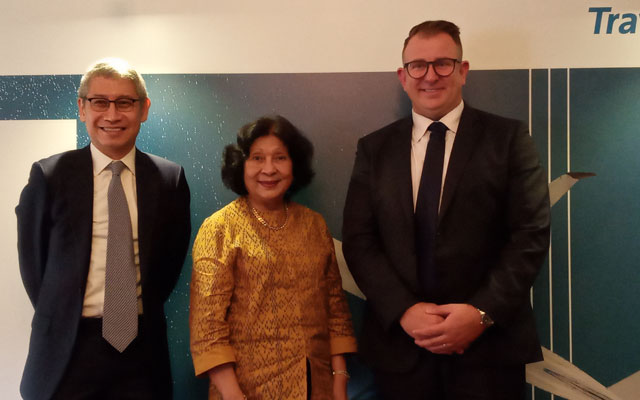 Despite the threat of a global economic recession, travellers across the world, including Indonesian travellers, are increasingly prioritising value over cost, according to Travelport’s Global Digital Traveler Research 2019.

Hence, savvy travel providers need to consider how they can come up with the best values to entice Indonesian travellers, said Raymond Setokusumo, president director of Galileo Indonesia Perdana, Travelport’s operator in Indonesia.

The report, which surveyed 23,000 people from across 20 countries, including 500 from Indonesia, found that in terms of choosing an airline, for example, value is a top priority for nearly nine out of 10 travellers in Indonesia (88 per cent), with just six per cent booking solely on cost. They seek to personalise their flights with add-ons, such as extra legroom and meal upgrades.

On the other hand, Travelport reported that more than half of the travellers in Indonesia (52 per cent) are frustrated that they are unable to speak to a human being when using technology to make travel bookings.

Also, when attempting to personalise their experiences, a growing number of these Indonesian travellers are frustrated at not being able to understand what is included as standard (61 per cent, a massive 40 percentage point increase from 2018). Similarly, not knowing what add-ons are available is another pain point for 63 per cent of these travellers.

Speaking at the report’s launch in Jakarta on January 30, Gary Harford, regional director APAC operator territories, said: “Travellers expect an experience from travel providers that is as simple and engaging as any other retailer. Our research shows that technology is crucial to this – whether it’s in serving the personalised offers which travellers in Indonesia expect, or helping them find the best value.”

Commenting on the findings, Putu Ayu Aristyadewi, vice president of marketing communications at Smailing Tour, agreed that Indonesian travellers today demand value, not only when booking their tickets but also their holidays. Therefore, she prefers to listen to the needs of her clients, who are largely made up of high-end travellers.

To understand them better, Putu said, Smailing Tour rolled out Smailing Xperiences, a programme that allows travellers to craft their itineraries based on best values that they sought, thereby bypassing the traditional travel agency to plan their holidays.

As timing is top of mind for Indonesian travellers, Putu added that she set Xperiences at flexible times and dates.

Case in point: To cater to the growing number of budget-conscious millennial travellers, Safa Tour rolled out low-cost semi-backpacker tour packages, such as 5D4N Japan Trip priced at 12 million rupiah (US$876).

“In Japan, for example, everything is expensive. So, for this package, we bring guests to a hostel, instead of a hotel. This is not a big deal for them because at least, their desire to visit Japan has become a reality,” he said.