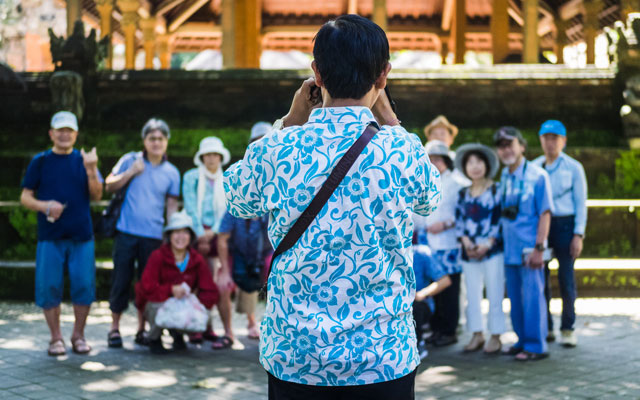 Hotels in major tourism destinations across South-east Asia are reporting different levels of impact on business as the flu crisis persists, with most bracing for dismal room occupancy in the first quarter.

In city-state Singapore, where China is a major tourism source market that made up around 20 per cent of total international visitorship in 2019, hoteliers are generally shakened.

Royal Plaza on Scotts in the heart of Orchard Road had taken a “terrible” hit in its bookings, lamented Patrick Fiat, its general manager. He revealed that the hotel lost more than 1,000 room nights through two waves of cancellations that came over three days.

Fiat elaborated: “The first wave was from the Chinese New Year period, during which a lot of Chinese groups cancelled. The second wave was the corporate business groups – largely from Europe, the US and Australia – which had to postpone their meetings because their companies had put a freeze on travel.”

Kieran Twomey, group COO of Millennium Hotels and Resorts, shared that the outbreak had resulted in both leisure and event cancellations across his hotels in Singapore during the current Chinese New Year peak period. The cancellations came from customers across South-east Asia, not just China.

Cousens revealed that hotel occupancy rates slipped five per cent for Days Hotel and six per cent for Ramada towards the end of January as the media picked up news on the virus. Both hotels typically do 85 to 90 per cent in January.

“Those are not drastic declines, but I anticipate dismal business between February and May. I expect a much larger dip in business to come,” he added.

Cousens pointed to the recent cancellation of the Singapore Airshow Aviation Leadership Summit (SAALS) 2020 as a source of additional fuel to the fire that is burning Singapore’s hotel business.

At the point of the interview on Wednesday afternoon, Cousens said he was holding his breath to see if the twin mega tradeshows FHA-HoReCa and FHA-Food & Beverage would carry on as planned in March and April, as their postponement or cancellations would further hurt Singapore’s hotels.

By evening the same day, show organiser Informa Markets announced the postponement of FHA-HoReCa to July, while maintaining FHA-Food & Beverage as planned from March 31 to April 3, 2020, at Singapore Expo.

The outbreak has also taken a toll on Malaysian hoteliers who spoke to TTG Asia.

Kingston Khoo, director of sales and marketing at the jungle resort of Mutiara Taman Negara in Pahang, shared there were cancellations up to June, from Europe and regional markets mainly. To date, the 87-key resort has recorded 300 room nights in cancellations.

In February 2019, the resort closed at 71 per cent occupancy, but this month, it will be difficult to match the figure, opined Khoo who added that cancellations came from both the leisure segment and MICE.

The Frangipani Langkawi Resort & Spa managing director, Anthony Wong, shared that his beach resort had lost some RM30,000 (US$7,275) worth of business to date from a variety of markets that have cancelled, including FITs from China and Europe.

Elsewhere, Zenith Hotel Putrajaya has lost some RM570,000 worth of business, from cancellations of rooms and functions. General manager, Nathan Vaithi shared that seven meetings have been cancelled to date, resulting in a loss of some RM300,000 in business.

Nathan said: “It is difficult to make up for the shortfall in the short term, as even regional markets are not travelling as much.”

The hoteliers told TTG Asia that they are targeting the local market in the short term to make up for the shortfall in business. Nathan shared: “Locals feel confident travelling domestically. We have come out with attractive room rates and meeting packages until end of March.”

Bhakchuda Phonjarit, assistant general manager of the Berkeley Hotel Pratunam, said new bookings were not coming in as quickly as the cancellations.

“We are losing business,” she lamented, adding that all Chinese bookings from tour operators and travel agents were gone.

Meetings and events booked in advanced with Berkeley Hotel Pratunam are also being postponed for at least five to six months.

Bhakchuda stated that the hotel is understanding of the situation and has offered to waive event cancellation fees and to allow postponement.

Meanwhile, Santika Indonesia Hotel and Resorts has received “a deluge of cancellations” across its properties in Bali – a destination said to be reliant on the Chinese market – as flights between Indonesia and China were suspended on government’s order and Chinese travellers are barred from entering the country in order to keep the virus away.

Indonesia has no reported cases of Novel Coronavirus so far.

“All the cancellations were for bookings made by the Chinese, as they were unable to depart from China, not just Wuhan (the city where the Novel Coronavirus had originated and was subsequently locked down),” shared Sudarsana, general manager of business development with Santika Indonesia Hotel and Resorts.

“In one of our hotels, for example, the financial loss in February alone is an estimated two billion rupiah (US$140,000),” he added.

To make up the shortfall, the hotel group is now eyeing other markets, such as India, Australia and Europe, and is hoping to attract corporate events from these markets to replace the lost Chinese leisure business.

Not all is dreary

Painting a different picture for TTG Asia, Padma Hotels’ spokesperson Yohanes Hutauruk said the business fallout from the flu outbreak has not been as bad as expected because the “backbone of Padma properties in Legian and Ubud was not China”.

The bulk of business for Padma Resort Legian, for example, comes from Australia, which makes up 75 per cent of its guests.

Yohanes declined to detail the extent of Chinese cancellations for Padma properties, only saying that there was “a sprinkle of cancellations” from various Chinese groups that were planning to stay between February and April.

He added that the negative impact on business could also have been slight and that occupancy “is still normal” because February was typically a low season.

The Singapore government sprung into action on January 29, hosting an open dialogue with the local travel and tourism industry players to discuss action plans and required support. Following the meeting, the Singapore Tourism Board (STB) announced a series of initial measures on February 3 to help travel and tourism businesses tide over the challenging times.

Full details of the overall package of relief measures will be announced at the Singapore government’s Budget 2020 speech on February 18.

Bhakchuda urged immediate support from the Tourism Authority of Thailand and the Thai government “to rebuild confidence among foreigners as soon as possible” and “establish the perception that our country is still safe for travellers”.

She added that there is also a need to emphasise that “we are not only concerned about tourism revenue, but also the well-being and security of everyone”.

“The immediate strategy for post-recovery should be discussed now. Updated information regarding the tourism situation should be thoroughly shared with all entrepreneurs (in the travel industry),” said Bhakchuda.

When asked how the Malaysian authorities can assist, Nathan said: “More needs to be done to stimulate the domestic market to travel. This is an area where the Malaysian Inbound Tourism Association and Malaysian Association of Tour and Travel Agents together with Tourism Malaysia can look into.”

Rather than depend on the Indonesian tourism board for assistance, Santika’s Sudarsana hoped the country’s travel and tourism trade players would “collaborate to find solutions together”.

He also hoped the travel ban on the Chinese and flights serving China would be lifted soon for business to resume.

Taking care of the family

Hoteliers themselves are taking steps to ensure the well-being of their own team mates.

Common measures include health and safety briefings, provision of surgical masks and hand sanitisers, daily temperature checks and paid leave of absence for staff who were in China recently.

Renee Lim, assistant vice president, corporate communications of Banyan Tree Holdings, shared with TTG Asia that measures taken by the group include the formation of a taskforce involving corporate office management and property general managers, and townhalls to engage staff to “reassure them and reinforce the measures”.

“These measures are important and necessary to ensure individual well-being and that we do not strain our manpower,” she added.

Royal Plaza on Scotts’ Fiat said the hotel is taking proactive measures to maintain the safety and morale of its staff.

Beyond encouraging its employees to go on advanced leave and attending training courses, the hotel is accommodating its own staff who would otherwise be rooming with crew of other hotels who have been quarantined.

Over at Wyndham Hotel Group, Singapore, a series of programmes are in place to keep spirits up among team members.

Cousens said: “Besides issuing surgical masks and hand sanitisers, and providing advice on health and personal hygiene, we are making sure our staff continue to feel busy and secure about their employment even as business slows down.

“As you know, hospitality staff typically work through public holidays. So, we are now taking the opportunity to have our staff burn off their public holidays in lieu, and have a good rest during this quiet period. We plan to also have them clear off half of their yearly leave entitlement in the first half of the year.”

Manpower rearrangements will happen too, he added, such as cutting down on casual labour and redirecting duties to full-time staff, assigning housekeepers and maintenance teams to spruce up facilities, and redeploying staff to assist with hotel opening projects within the Group.

“Redeployment of manpower is another efficient use of our team members now. Wyndham Hotel Group is opening eight to 10 hotels this year, and will need talents. We are often the go-to source for expertise, so I will be deploying some of my trusted colleagues to these projects,” said Cousens.

In-house and off-site training for teams and individuals will also be conducted during the lull period.

Retrenchment is out of the question for Cousens, who shared that most of his staff have been with the properties since they opened seven years ago.

“We are fortunate to have an excellent owner who cares about us, and who will not want us to lose good staff during this difficult period. Letting go of staff now is not a solution. It will only bring short term savings, and when things are busy again, you will have a hard time recruiting,” he said.

When will the dark clouds part?

With new confirmed cases of infection still being reported daily in hotbed China and in other parts of Asia, hoteliers are unsure when recovery will begin.

Wyndham Hotel Group’s Cousens ventured: “I’ve lived through SARS when I was in Toronto. Based on that experience, I know that the first few months of this outbreak will see the worst business impact, just as the industry did during SARS. Personally, I expect the Chinese to resume travels by summer, provided the situation in China can be contained quickly and airlines get their flights back on.”

Royal Plaza on Scotts’ Fiat is also hopeful of a quick rebound.

“Once things have (settled), people are saying that business will rebound quite fast like it did after SARS – the question is not if, but when,” he said. – Additional reporting by S Puvaneswary, Kurniawan Ulung, Anne Somanas, and Pamela Chow