As hazardous levels of air pollution in Delhi casts a pall over inbound tourism, Indian tour operators are finding ways to fight the confidence crisis in the face of falling arrivals and flight of tourists to other cities in the country, writes Rohit Kaul. 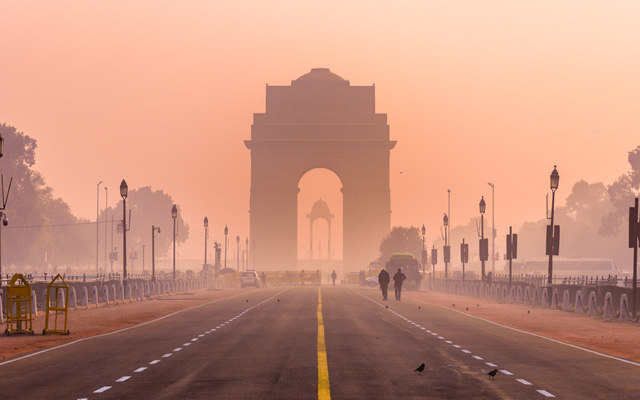 The recent toxic smog that engulfed Delhi and grabbed global headlines may not have had a dire impact on inbound arrivals to the country but have kept tourists away from the national capital, reported a number of Indian tour operators.

Some international tourists have also shelved their travel plans. “It is the peak travel season and the decline in New Delhi’s air quality has raised concerns among travellers but not to an alarming level. However, solo and business travellers are looking at postponing their business trips,” said Rohit Walter, brand leader, FCM Incoming.

“Some foreign tourists are cancelling or shortening their stay in Delhi as hazardous smog envelops the capital, disrupting normal life and causing a spike in respiratory illnesses. Inbound tourism from Singapore and Japan have been majorly affected as they are very particular about their health,” added Walter.

Last November, air pollution in New Delhi and surrounding towns reached the worst levels so far in 2019. According to a few tour operators, many inbound travellers opted for alternative destinations in India to shun the smog in New Delhi.

“The inbound figures for October/November were higher than the previous years, meaning that whatever the media or foreign press said (about New Delhi’s air pollution) had very little impact on the inbound tourist arrival numbers,” said Subash Goyal, chairman, STIC Travel Group.

Foreign tourist arrivals in India for last October grew by 6.1 per cent to 944,233 from 890,223 in October 2018, according to statistics from India’s Ministry of Tourism.

“Tour operators change the itineraries to include South India and other parts of the country, and change the stay in Delhi to only a day. The Indian trade associations also created awareness in the market about the reduction in e-tourist visa fee to reduce any impact that the Delhi smog will have on inbound tourist arrivals,” added Goyal.

Tour operators also built up confidence among their foreign associates by informing them how it was business as usual in New Delhi, as well as the government’s initiatives to reduce the smog in the city.

“We keep our clients informed of events that have successfully taken place in Delhi during such periods. For instance, the India-Sri Lanka cricket match and the visit of German chancellor Angela Merkel were both conducted smoothly, indicating that the situation in Delhi was manageable. By convincing our foreign clients that this is a temporary phase as the Indian government is actively working on to sort out soon, we are able to take care of their confidence,” said Walter.

As part of the nation’s anti-pollution push, the Delhi government deployed environmental officers to stop garbage burning and also imposed restrictions on construction work in the capital city. An odd-even road rationing plan was also launched by the government to reduce air pollution and traffic congestion on Delhi’s roads.

“We have responded (to Delhi’s pollution crisis) by sending photographs of the clear skies to our overseas partners to instill confidence in them. Thanks to the rainfall, the smog cleared. Had it lasted longer then, yes, tourism would have been affected. We must ensure that both the Delhi government and the central government take care of crop burning in the next season, otherwise tourism can be affected,” said Goyal.

“If the spiralling pollution level in Delhi is not permanently addressed in the near future, inbound tourism arrivals to the country will take a beating,” said Arun Anand, managing director, Midtown Travel.

“Perception is key to tourism and international travellers may look at alternative tourist destinations if the pollution levels in Indian cities don’t go down.”