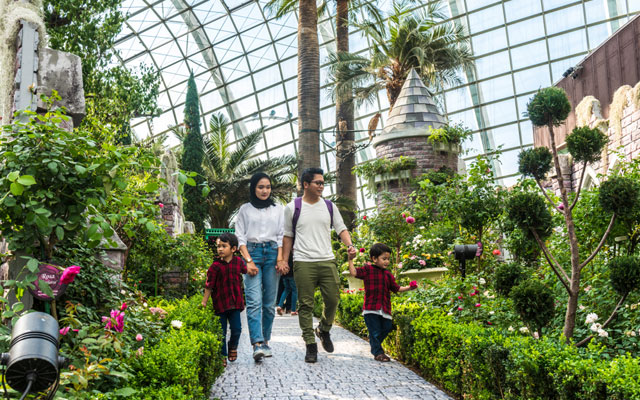 Singapore is stepping up its game for Muslim travellers with a mega campaign set to launch as early as next month.

Sharing the news in a panel session yesterday at ATF 2020, the Singapore Tourism Board (STB) announced that it will be working together with booking platform Have Halal Will Travel (HHWT) and research company CrescentRating on a series of tourism products and marketing collaterals targeting Muslim travellers around Asia.

These STB projects include a 44-page guide book developed with CrescentRating that details not only halal dining offerings in Singapore, but also hidden cultural activities and local Malay entrepreneurs and business owners that travellers can discover, revealed Fazal Bahardeen, CEO of CrescentRating & Halaltrip.

This book will be released as early as next month in English, and will subsequently be published in Bahasa Melayu and Bahasa Indonesia.

Meanwhile, HHWT will come in with a number of brand partnerships to develop online promotions and tour products targeting Muslim millennials and families.

Its co-founder Mikhail Melvin Goh shared: “We are bringing in several big partners for this year-long project with STB. These include Klook, who can direct Muslim travellers to (Singapore’s) attractions and vendors, and Traveloka for the Indonesian market. To spice things up, we also brought in a cellphone manufacturer to do a photowalk.”

According to CrescentRating, this segment holds significant weight in Singapore’s tourism balance, accounting for an estimated 18 to 20 per cent of overall arrivals. Among Asia’s non-Muslim majority countries, Singapore places first by a long shot, noted Fazal.

While Singapore has been a high-ranking destination among Muslim travellers, a study conducted by HHWT found that the destination has not sufficiently communicated its authentic offerings and stories to the Muslim market.

These upcoming market engagements are hence hoped to plug this gap, while also serving as a “platform for conversion” for Muslims to make further reservations at Singapore’s attractions and dining establishments, expressed Ng.

She added that Singapore’s multicultural history can serve to pull in more Muslim tourists with personal stories with which they can resonate.