Travellers are staying away from Australia due to global media coverage of its raging bushfires but Chris Schumann, owner of Kangaroo Island Seaside Inn, stresses that the destination will need tourists more than ever in its recovery. 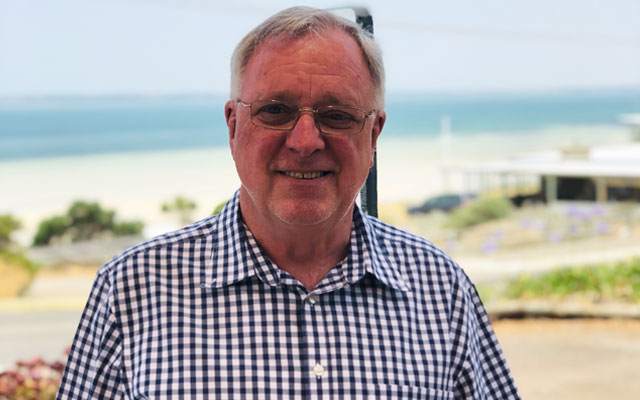 The world has seen images of bushfires destroying what tourists love about Australia, including on Kangaroo Island. Is the worst over yet?
Today is a bad day for Kangaroo Island. The conditions are not favourable. It’s very hot, 38°C, and for this afternoon, it’s predicted that winds will pick up.

You need three things for fires – heat, oxygen, and fuel – and today we will have all three. Fire services are working extremely hard to try and make sure the fires don’t break out. With the extent of the fires on Kangaroo Island, you don’t put them out; you have to contain them and hopefully, they’ll burn where they are, all of the fuel, and they’ll slowly go out unless we get significant rain. Today we’re on tenterhooks.

So to answer your question if the worst behind us, well, we hope so.

Which parts of the island are affected?
The west has been affected by fires. It hasn’t all burnt, but from Parndana in the middle of the island heading west, nearly all of the Flinders Chase National Park has been burnt. That’s at the extreme end of Kangaroo Island.

A lot of the north-west part of the island outside of the park also had catastrophic fires and has been burnt extensively. (But) if we are able to get through today, and the fire doesn’t break out, we are hopeful we can put the situation to rest (as there’s some rain predicted for tomorrow and Saturday).

But it very much depends on what occurs today. The east part of the island where our motel is, and areas such as Seal Bay to Penneshaw where the ferries come through, haven’t been affected by the fires at all. A lot of people don’t understand that the island is 150km long, so as I speak with you, the closest fire to me here in Kingscote could be about a hundred kilometres away.

And yet fire can spread very fast. What’s morale like? How are locals holding up?
I think the best way to describe morale is that it comes and goes.

I have a lady who works for me in the office, and she’s working right now (even though) her family farm was burnt to the ground. They didn’t lose their stock but they lost their houses, sheds, machinery, pastures, and fences. Everything was destroyed except for their cattle and sheep which they were able to move before the fire.

And here she is working today; she needs her job even more than ever. There’s a lot of stories like that on Kangaroo Island. They’ll have to rebuild.

(But) we are resilient and we will bounce back. The west end won’t return straightaway. It will need significant rain but farms will rebuild and restock. One thing we do know in Australia, although these are exceptional fires and they are unprecedented, when fires occur, the parks, forest and wildlife, they do bounce back.

You’ve just had a visit from the Prime Minister and the South Australian Premier.
Yes, and I was one of the tour operators that met with both of them yesterday. Their message was one of support and pledging that both federal and state governments will do a great deal (to provide) assistance in rebuilding Kangaroo Island. In fact, I think it’s up to about a billion dollars between them. They’ve also pledged a great deal of support and money to the tourism industry, because we will need to start a tourism recovery (programme).

You know, half the island is still open for business, but obviously right now, it’s appropriate that people are cancelling. We understand that as the wildfires are still prevalent.

But unfortunately with the international coverage, people are cancelling in February, March, April, May and June. That’s not really appropriate as half of the island is open for business. We’ll need tourists (more than ever) to return, or else we’ll have a double down. It’ll be an economic disaster (on top of) the destruction that has been done to property and wildlife.

What is the current economic impact on your business?
We’ve got a cancellation folder and it’s pretty thick. It’s too early now to start adding it up, but (the cancellations are going to be worth) tens of thousands of dollars. At some stage, we will need the world, tourism industry, social media, TripAdvisors and meta sites to get the message out that you can visit Kangaroo Island because there’s still plenty to see.

I know that’s not (the right) message now, but it will be the message shortly.

International and Asian tourists are a significant part of your clientele. Are you concerned about the Lunar New Year approaching – a time that’s peak visitation period for Chinese-speaking markets – that tourism numbers will suffer?
I anticipate by that stage, the fires will have little impact on the island. We are cautiously optimistic that within a week the fires will be under control.

But the impact from the Asian market during that period (will stem) from the perception – due to the image of destruction and property loss on one-third of the island – that you can’t come to Kangaroo Island. This perception is why people are cancelling for (the months ahead).

You spoke of your cancellation file. Are other tourist businesses on Kangaroo Island reporting similar impacts?
We’re probably a little bit more resilient than some of the other businesses on the island. The smaller bed-and-breakfasts, and the smaller holiday places where people own one, two or three holiday units, it’s their only income/livelihood.

And because of the perception (that the island isn’t safe to visit or the fires are still raging), a lot of these businesses are threatened. They might not be in danger of burning down, but if all the tourists stay away, those businesses will be in peril.

You mentioned a tourism recovery plan. What is that going to look like?
First of all, we need to get a panel established. We’re at the stage where we know we’re going to do that. But too many people are either involved in (fighting) the fires, or trying to manage their business which has been impacted by the fires. I had two of my staff spend 12 hours the other day handling cancellations.

(But) the first thing we’ll do is (define) the message we want to get out to the Asian market, Europe, North America and the rest of Australia. A message that will say something like, don’t abandon us, there’s still plenty to see, it’s still a great place to visit. And then we will work with state and federal governments and agencies, national parks, and local council authorities and operators to get that message out. I know that social media is going to play a big part in that.

What about environmental and wildlife recovery? How long would that take?
I’m not an expert, but I know people who are working to enter areas that have experienced a fire, to assess the extent of the damage and the amount of wildlife that’s been impacted.

It’s (still) very early to say how long will it take, as some areas were minimally damaged. The north coast, normally a very picturesque and beautiful part of the island, has areas completely ravaged by fire. But (when driving it is possible to) come across an area completely untouched.

Can Kangaroo Island still be regarded as a wildlife paradise after losing so many animals to the fire?
There has been a terrible loss of wildlife and in some areas, devastating.

We went through this in 2007, when we had devastating fires. At that time, it was the biggest fire in our state’s history. I was chairman of the Kangaroo Island tourism board at the time, and I worked closely with all of the agencies to recover.

No doubt this fire event is worse, but the principle is the same. We will bounce back, Kangaroo Island is resilient, and so is the flora, fauna and wildlife. Kangaroo Island will always be a wildlife destination.

It sounds like the battle is far from over, and you certainly got your work cut out for you.
The battle is not over but we will win it. But we need people to hear (about what’s really going on). A lot of people who live all over the world have been sending their best wishes. And that does help.