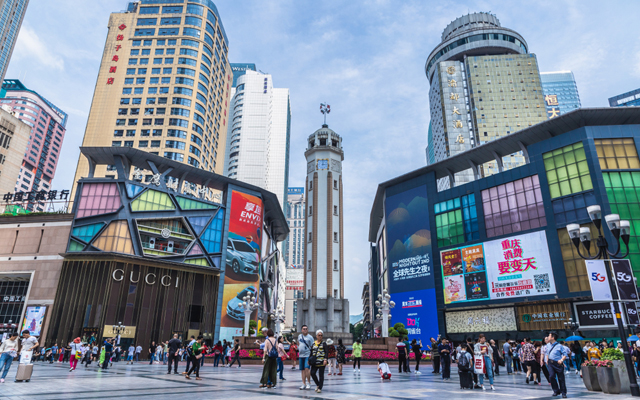 The Cities Report for 2019 focuses on 73 major tourism city destinations, providing estimates of the GDP and employment directly generated by the travel and tourism sector; and highlights successful initiatives, strategies and policies that have been implemented to support this growth.

Chinese cities continue to mature rapidly, making up five of the 10 fastest growing cities in direct travel and tourism GDP over the last decade: Chongqing, Chengdu and Shanghai ranking first, second and fourth, and Guangzhou and Shenzhen coming in eighth and tenth.

Notably, six out of the top 10 cities for domestic visitor spending are also in Asia-Pacific, and five of them are in China, with Shanghai taking the number one spot at US$79 billion, followed by Beijing at US$75 billion.

However, cities with an over-reliance on domestic or international demand can be more exposed to economic and geopolitical shocks, according to WTTC. For example, large cities which are highly reliant on domestic demand could be exposed to changes in the domestic economy.

The report also reveals that all but one of the 10 global cities with the highest direct travel and tourism growth over the past decade, are in emerging and developing economies, seven of which are in Asia-Pacific, such as China, Vietnam and the Philippines.

Infrastructure development and prioritisation of tourism has been a key driver of travel and tourism growth. The projected trends for 2018-2028 continue in this way, with all 10 coming from emerging and developing countries, and all but one located in Asia-Pacific, for example, India, Vietnam and Indonesia.

Cities in Oceania make up a large portion of their respective countries’ travel and tourism GDP, with Brisbane and Sydney making up more than 30% of Australia’s direct travel & tourism GDP, and Auckland making up over 40% of New Zealand’s.

With over half (55%) of the world’s population living in urban areas, which is set to increase to 68% over the next 30 years, cities have become the hubs for global economic growth and innovation, while also attracting more people who want to live and do business there.

The report reveals these 73 cities account for US$691 billion in direct travel and tourism GDP, which represents 25% of the sector’s direct global GDP and directly accounts for over 17 million jobs.

WTTC president & CEO, Gloria Guevara said: “Asia-Pacific has been, and as shown by this important research, will continue to be a crucial region for travel and tourism. We are seeing an exciting amount of growth and development in the region and there is an opportunity to create sustainable change that will translate in further benefits for the local communities.

“Achieving sustainable growth in cities requires reaching far beyond the sector itself, and into the broader urban agenda. To drive true economic impact that can translate seamlessly into social benefits, a city must engage with all stakeholders, across the public and private sector, in order to establish the cities of the future.”