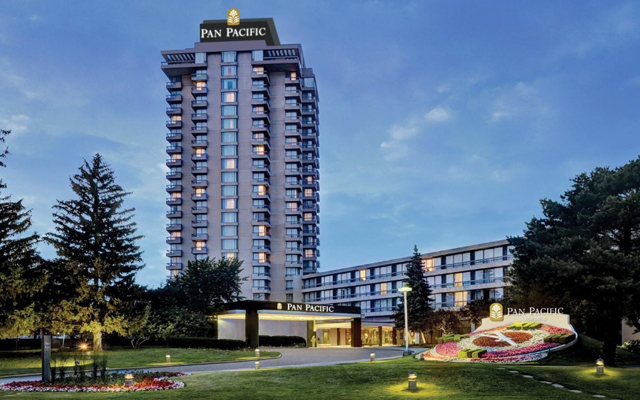 Pan Pacific Hotels Group (PPHG) is stepping up its presence in North America with the rebranding of The Westin Prince Hotel in Toronto.

Located in North East Toronto, Pan Pacific Toronto offers 409 guestrooms and suites, with many overlooking the six hectares of greenery surrounding the hotel and the cityscape.

Amenities on-site include Katsura Japanese restaurant; Seasons, the all-day diner; an outdoor heated pool; a tennis court; and a fitness centre with a whirlpool.

The hotel also features more than 2,780m² of meeting spaces including 18 meeting rooms and a ballroom which can hold up to 700 guests. Events are also possible on the greens outdoors.

Choe Peng Sum, CEO of PPHG, said: “We are delighted to fly the Pan Pacific flag in Toronto. As an international brand, Pan Pacific will bring to the hotel not only its guests from North America where we have four other hotels, we are also able to reach out to the Asia Pacific feeder markets where we have over 40 properties including Australia and China which are among the top five source markets into Canada.”

Pan Pacific Toronto is the fifth hotel for PPHG in North America, joining other hotels in Vancouver, Whistler in British Columbia and Seattle.