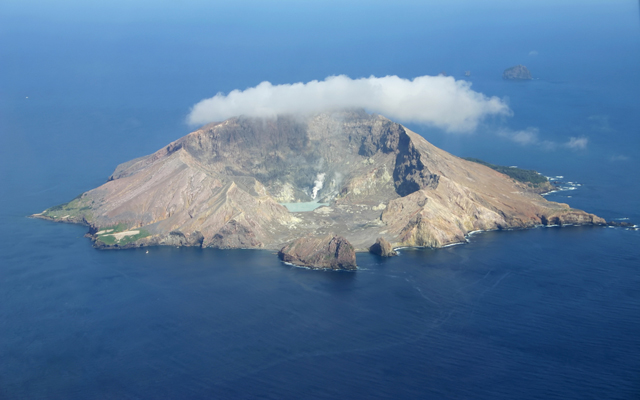 The Monday eruption of the White Island volcano off the coast of New Zealand’s North Island has killed at least six people and injured more than 30, with eight people still missing after the deadly tragedy at the popular tourist attraction.

Prime Minister Jacinda Ardern said at a news conference in Whakatane, a town near the volcanic White Island tourist attraction, that aerial reconnaissance flights had shown no signs of life, Reuters reported.

Among those missing and injured include New Zealanders and tourists from Australia, the US, Britain, China and Malaysia, Ardern told reporters, adding that there were two explosions in quick succession.

Waikato police superintendent Bruce Bird was quoted by the report as saying that among the 47 people who visited the island on Monday, five were confirmed to have been killed and eight were missing.

Some 31 were in hospital while three had been discharged, it added. Many of the injured were in critical condition, most from burns, Ardern said.

Police said they did not expect to find any more survivors from the eruption, the report said, adding that a number of people were saved from the island during a rescue operation carried out post-eruption.

A number of visitors to the island during the eruption came from Royal Caribbean’s Ovation of the Seas, which offered an excursion to the volcano.

The volcano’s last fatal eruption was in 1914, when it killed 12 sulphur miners.

There was a short-lived eruption in April 2016. Daily tours allow more than 10,000 people to visit the volcano every year.