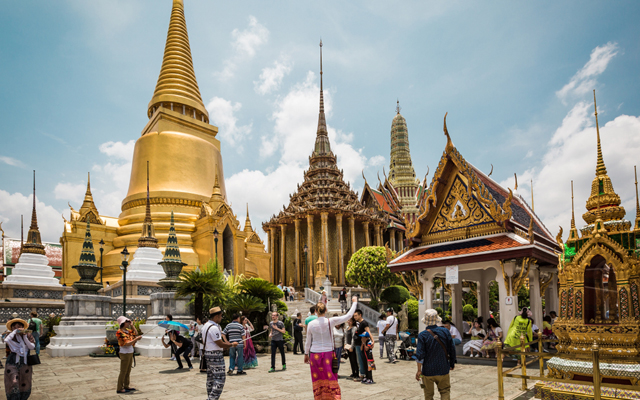 A defiantly strong currency and global economic uncertainty are among the key factors battering Thailand tourism, leading to a tempered outlook among the country’s travel business community stepping into 4Q2019.

The inbound tourism sector is especially feeling the heat from a robust Thai baht, which has risen against major currencies like the British pound, US dollar and Chinese yuan this year, dissuading price-sensitive travellers to the kingdom as the currency conversion rates work against their favour to impact their trip budgeting, say industry stakeholders.

The surging baht has also prevented a full recovery of China, Thailand’s top visitor source market, which has not returned to its dramatic growth figures since the Phuket boat incident last year.

He added: “In addition, the ongoing situation in Hong Kong, with no clear end in sight, leaves a big question mark over what the impact might be next year. Last but not least, both the ongoing trade war between the US and China and uncertainty linked to Brexit will most likely have some unexpected consequences.”

The baht’s strength is also a worry for Shreyash Shah, director of business development, Chada Hotel Group, which together with the spate of new hotels offering cut-throat opening prices, have made him “skeptical” of the business outlook for 2020.

Likewise, Hamish Keith, CEO of Exo Travel Group, is approaching the coming months with a sense of caution, as Europe – a key market for the Bangkok-based DMC – is “looking difficult” against a backdrop of a strong baht.

Thailand’s appreciating currency, meanwhile, is working to the advantage of other regional destinations, noted Berrivin.

“The strength of the Thai baht has made some people rethink their travel plans for the upcoming festive season, and destinations like Bali, Danang, Nha Trang and Phu Quoc are benefiting, with higher pick-up rates than the same period in 2018. We understand that the Thai government is considering options to adjust the baht’s value, but it might be too late to reverse a trend that is already well underway,” he lamented.

But it’s not entirely bleak for Thailand tourism, even as growth from major feeder markets have tapered off this year, industry leaders remarked.

Said Berrivin: “The dip is not as bad as some people seem to think, and the Chinese market remains our top contributor, at least in the budget/economy segments. The Indian market has shown a promising increase in terms of arrivals and even if it’s not up to Chinese levels just yet, I think it’s a market that has a tremendous potential and must be developed further to reduce our dependency on the other major producer.”

For Shah, looking into new markets such as opening Koh Lanta to Indian group series is one way that Chada Group, which is based in southern Thailand, has adopted to offset losses in its traditional markets, drawing on the surge in direct air connections between India to Phuket this year.

Ultimately, Thailand’s “strong underlying fundamentals”, including its diverse supply of hotels, product and experiences, still make the kingdom “an attractive destination”, said Keith. “We are focusing more on the non-beach areas as well as experiential and luxury products in the country.

“We are still seeing growth for Thailand, just not fast growth,” he added.