The prolonged uncertainty over Brexit has agonised the travel sector and left business leaders in limbo. Bright spots are few, but the trade is hopeful that Asia, with its strong value proposition, could be a winner arising from Brexit’s shambles. 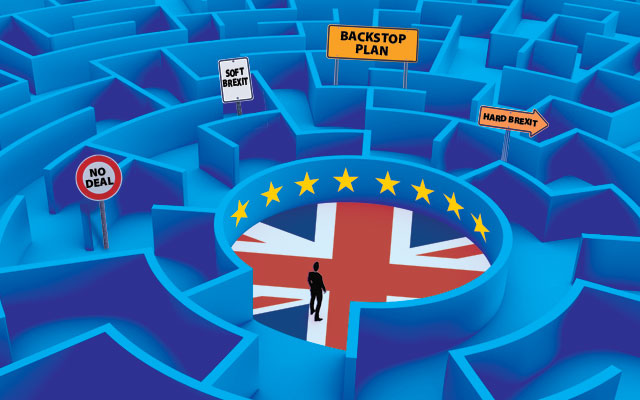 The March 29 Brexit deadline came and went, but the UK – and everyone else – is none the wiser about what to expect in coming weeks and months as uncertainties continue to surround Britain’s departure from the EU.

At press time, British lawmakers still failed to coalesce around a single proposal in indicative votes on the process of leaving the EU, with the UK now on course to leave the bloc on April 12 or May 22, depending on the agreement terms ratified. What frustrates many in the travel and tourism business is the lack of a clear Brexit outcome – hard, soft, on hold or no deal – as the country continues to be paralysed by political division since the UK public voted to clear the EU in June 2016.

Travel industry members are cautious in speculating what this may mean for business coming into Asia, although the current uncertainty about Brexit and weakening pound appear to make Brits think twice – and longer – about booking longhaul holidays.

“Brexit opens up two levels of uncertainties. On the consumer level, travellers are not sure what’s going on and how it would affect them personally; on the trade level there will be more uncertainty over currency issues, with the pound already hit really hard a bit ago, will there be even further impacts?” asked Willem Niemeijer, CEO & co-founder, Khiri Travel.

“The UK is our largest market at Exo Travel so we are watching the situation carefully,” said Hamish Keith, CEO of Exo Travel.

“Clarity is the key component for successful business planning and unfortunately nothing is clear at the moment so it is very difficult to know what will happen and of course how to plan effectively.”

Keith added: “In the meantime we are in constant communication with our key agents and working hard to assess potential direct and indirect impacts from all scenarios, particularly any possible changes in regulations and likely responses to those changes from customers, competitors and service providers. Like everyone else, we are waiting for a clear outcome so we can move on.”

Greg Young of Destination Asia’s international sales office, UK & Ireland, said: “The British are still spending and travelling, though it is more price-led than ever before. We are seeing bookings made in the same month as departure or now for 2020 and a much slower pace in the middle area. A decision made in regards to Brexit one way or the other would help.”

In January, IATA warned that up to five million flights would be at risk if the UK leaves the EU without a deal. A no-deal Brexit was feared to see airlines capping flights at 2018 level, although tickets for 2019 routes were already on sale. Late last month, the EU reportedly stated its intentions to lift this cap.

Research by Oxford Economics projected that a no-deal Brexit would cause a five per drop in UK outbound travel and tourism trips in 2020, as a result of the stifled economic backdrop and impact of a weaker pound. On the other hand, the weaker pound could mean that UK tourism inflows are four per cent higher in a no-deal scenario, provided there is no travel disruption.

Frank Wiegand, director of team sales Europe at Focus Asia, said: “There could be some legal problems for a short while, leading to certain Europe flights (operated by UK airlines) being unable to continue – but these will be solved.”

Paul Gorman, senior manager – owner engagement, of Luxury Escapes, which is plotting its move into the European outbound market, said: “Whether Brexit will have an impact depends on what the result is. At the same time, (a great deal of) airline capacity is coming out of Europe into Asia and vice versa. The barrier to getting to places now is so much less, you can fly between Singapore and Berlin (on an LCC, for example). Ultimately it’s about (the desire to travel). I don’t think Brexit will slow that down.”

For intra-Europe travel, he said: “Nobody knows how it’ll be in terms of operating licences. Guys who have UK or Irish operating licences like Ryanair and EasyJet may have to reapply for landing rights. I suspect that will be worked out before (the deal is final), (but it is still) a big risk to a lot of companies.”

On whether these uncertainties could translate to speculative buying of Asian holidays in the short term, trade opinions are spilt.

But a more doubtful Wiegand commented: “Asia is more expensive (than an European holiday). I don’t think a family in Birmingham originally intending to visit Spain will decide on Thailand instead. (Those choosing Asia and Europe holidays) are different markets.”

Particular segments of Brits may even choose to travel closer to home. Said David Kevan of Chic Locations in the UK: “I think the concern about being close to home is valid, particularly in the months immediately after Brexit. Our clients tend to be decision-makers within their business, and they want to feel they can react quickly to any crisis (as Brexit unfolds). They like the idea of a three, four hour flight rather than a 16-hour flight.”

Meanwhile, a potential slump in the UK economy and currency are larger concerns. “Nobody knows yet what the result of Brexit might be. Does it happen in March, June, or ever? Will they hold another referendum? The only risk I see is there might be less Brits travelling at all, whether to Europe or to Asia,” said Wiegand.

If or when the pound takes a hit, “travel everywhere will get more expensive”, Wiegand explained. “It happened in Russia years ago, and there could be a similar crisis ahead of the UK.”

With travellers’ spending power affected, Kevan suggested that the UK’s travelling demography may shift towards those above 60. “Like with everything, a door closes and another opens. There will be problems and opportunities in equal measure.”

Kevan suggests that senior travellers are likely winners, as they are free from concerns of job security and dependents, and have a bigger travel window that is not tied to specific dates and can be enticed with longer stays with better value.

Losers, in his opinion, are likely to be those in the 25-55 age group, as they will be hit by job concerns and uncertainties, less disposable income, and any increase in bank interest rate.

But Keith is positive that the UK market will continue to do well in the longer term when a greater level of clarity is achieved.

“Holidays and travel are still a priority for the British and some recent surveys are indicating that longhaul travel are still experiencing strong growth driven by increased availability of cheaper longhaul flights and a desire to travel outside the Eurozone, particularly to Asian destinations where there is still good value to be found.

“The bottom line is that Brits will continue to travel no matter what happens with Brexit,” he surmised.

As the clock ticks down, the travel trade has one common desire: a clear Brexit outcome, come what may. – Additional reporting by Yixin Ng