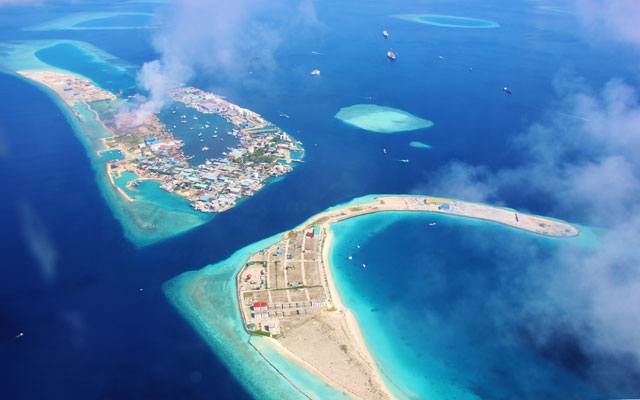 A combination of several positive factors including endorsement from Bollywood celebrities, growing air connectivity between the two countries, and aggressive promotion, has led to a surge in Indian arrivals to the Maldives, culminating in the powerful South Asian neighbour becoming its second largest source market.

According to Thoyyib Mohamed, managing director of the Maldives Marketing and PR Corporation – the country’s main state tourism promotion agency – the appointment of the new government in the Maldives has brought about the launch of aggressive destination promotion campaigns in India and elsewhere.

As well, the commencement of new services from Indian carriers, IndiGo and GoAir, is another positive factor driving the spike in arrivals from the Indian market, he said, adding to existing scheduled flights to the Maldives operated by major airlines such as Air India and SpiceJet.

The country’s tourism marketing budget has tripled to US$6.7 million in 2019 from $2.2 million in 2018, following calls by the industry for greater destination promotion given the proliferation of new resorts opening in the past 18 months.

Dillip Rajakarier, CEO of Minor Hotel Group, which owns the Anantara and Niyama resorts in the Maldives, believes the increase in numbers from India is driven by increased air connectivity, which enhances the Maldives’ value proposition to budget travellers attracted by the growing room supply in the three- to four-star categories as well as local guesthouses.

“At the luxury end of the market we have also seen significant increases of 26 per cent in guests from India,” Rajakarier said.

A current major trend attracting more Indians to the Maldives, according to Andrew Ashmore, chief commercial officer at Coco Collection Hotels & Resorts/Sunland Hotels, is Indian travellers wanting to emulate Bollywood stars in their social media sharing of holidays in the Maldives.