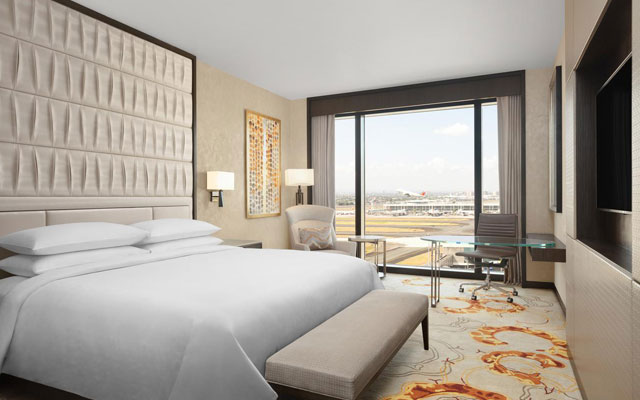 Marriott International expects to more than triple its portfolio in the Philippines within the next five years and roll out five new brands including The Ritz-Carlton, Element and Westin.

With four hotels currently open in the Philippines, Marriott International expects to open 14 more properties by end 2024, which would add more than 3,700 new rooms to its portfolio.

Currently operating in three destinations, Marriott International during the same period expects to debut in five new destinations – Caticlan, Cebu, Davao, Mactan and Palawan – as hotel owners and developers build new properties and convert existing ones to its brands.

The opening of the 390-room Sheraton Manila Hotel earlier this year at the Resorts World Manila marked the brand’s debut in the Philippines.

Apart from new-build hotels, conversions continue to be a key strategy in strengthening Marriott International’s footprint in the Philippines, such as the Sheraton Manila Bay expected to open later this year. The rebranding project includes a major renovation of the hotel’s lobby area and the creation of a new executive lounge and fitness centre.

Additional conversion deals include the 2020 opening of Four Points Palawan Sabang Beach, following a US$8 million renovation; and The Ritz-Carlton, Manila, targeted to debut in Philippines in 2021.

Marriott International’s expansion across the Philippines comes as the country is seeing a growing number of business and leisure visitors. In 1H2019 alone, the country’s Department of Tourism recorded more than four million international tourist arrivals – an 11 per cent increase from the same period last year.