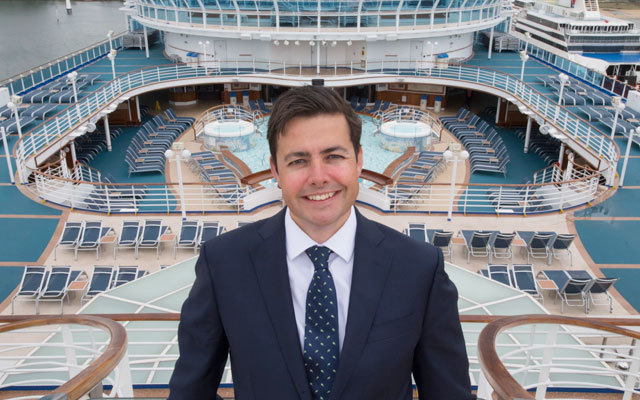 Princess Cruises is seeing energetic adoption among Asian travellers since it began homeporting in this region six years ago, with almost 400,000 Asian guests cruising with the company in 2018.

Stuart Allison, senior vice president, Asia Pacific Commercial & Operations, who has described Asia as the company’s “key strategic market”, revealed that the current cruise season has recorded a 15 per cent growth in business for cruises starting or ending in Singapore.

Laying out Princess Cruises’ plans for the coming season as well as years forward, Allison told TTG Asia: “We are continuing our deployment which will have us cruising to China, Taiwan, Japan and Singapore in the year ahead. We are also having five ships being built over the next six years, one of which – Sky Princess – arrives next month.”

“We are in the midst of our biggest growth period we have ever seen,” he remarked. “Asia’s growth is key for us, not only to support our new fleet but also our existing 17 ships operating around the world.”

Allison noted that there is a sea of opportunities for Princess Cruises to attract more Asians to cruise within the region, as “people generally favour cruising from their doorstep” and many Asians like travelling within the region.

He observed that as Asian cruisers level up, they look to farther regions which Princess Cruises can offer through its popular Alaska land and sea combination as well as new sailings to the Baltic on the Sky Princess and the Mediterranean on the Enchanted Princess, which is the next ship to launch after Sky Princess.

“Princess Cruises is the number one Alaska cruise in the world, so travellers who want to cruise Alaska often go with Princess. As well as having our own ships in Alaska, we have trains that pull up along the ship to take passengers into the wilderness of the national parks where our lodges are,” he elaborated.

Despite the robust performance, Allison pointed out that the cruise penetration is still low in Asia, with Asians accounting for under five per cent of the total outbound travel.

To get more Asians onboard, Princess Cruises is gathering “as many advocates as we can find to beat the cruising drum”, said Allison. Investments in travel agent engagement include the company’s Princess Academy online training course, which has 800 travel agencies and 8,000 consultants registered across Asia today.

Agencies that are on Princess Cruises’ portal, OneSource, can register their staff for the Princess Academy. A course participant will have to complete all modules and tests – with 40 courses available on product and sales – to eventually reach the top, and gain the Commodore rank. Commodores are rewarded with a free cruise trip.

“What we find, consistently across the world, is that travel agencies with Commodores within their staff are typically better sellers of our cruise products. While it is a big commitment for travel agencies to have their staff do our programme, the return is significant. They will get more cruise business,” said Allison.

Today, there are around 4,000 Commodores across Asia, 200 of which are in South-east Asia.

“Within the commissionable price for cruises, there is travel, accommodation, most of the main meals, entertainment, etc. The actual opportunity for the agent to earn a commission on all that is much greater than from a land programme, where he probably only gets a commission from the flight and hotel,” he said.

When asked how much travel agencies could potentially make from cruise commissions, Allison said: “Let’s say, on average, a cruise of six nights in Asia costs US$150 a day. In a market of four million cruisers, that’s a US$3.6 billion piece of business. If agencies earn an average of one per cent commission, that’s US$300 million to US$400 million in commission potential. I would want a slice of that myself!”