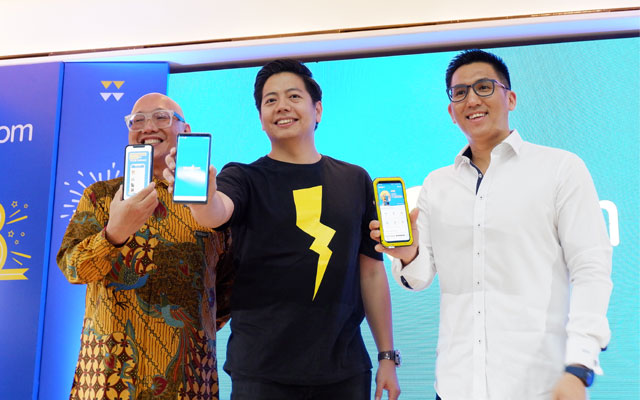 Indonesia-based OTA Tiket.com has unveiled its ambitions to become a superapp in the travel industry, as the company keeps its sights trained on the millennial market.

Speaking at Tiket.com’s recent eighth anniversary event in Jakarta, Gaery Undarsa, co-founder and chief marketing officer of Tiket.com, said that the OTA will focus on becoming a superapp in the travel industry by developing features such as Flight Online Check-in and Access to WhatsApp – the latter allows passengers to use WhatsApp to communicate with the customer care staff for quick assistance.

With domestic users making up 90 per cent of Tiket.com customers and millennials comprising 60 per cent of them, Gaery said that the OTA aims to attract more youths with the addition of new features that cater to their demands and needs.

One of its new features is Tiket Anti Galau (which literally translates to “anti-anxiety”), which enables customers who have purchased tickets through Tiket.com to make cancellations and obtain a full refund.

Geary said that this feature suits millennials whom he observed could easily feel galau (Indonesian for “anxious”) when making decisions in many areas, including the booking of airline tickets. With Tiket Anti Galau, they have the option of cancelling their trip on the day of departure.

Recognising that cafés and coffee shops are among millennials’ favourite hangout spots, Tiket.com has teamed up with its merchant partners to push out promotions and discounts.

“If they use the Tiket.com app to buy Citilink airline tickets, they will get free meals onboard wherever they go,” Geary said.

Tiket.com allows travellers to search for nearby hotels and to quickly obtain information about attractions and destinations, including lesser-known Instagrammable spots usually sought after by millennials.

Gaery claimed that among online booking platforms in Indonesia, Tiket.com is in the top two in terms of growth of sales. But he refused to disclose the company’s revenue for this year, only revealing that it was 2.5 times that of last year’s, and a figure that reached tens of trillions of rupiah (US$1 is equivalent to 14,000 rupiah).

He added that Tiket.com’s users had doubled to 15 million this year, including six million who made transactions through the app.

Gaery said that airline ticket sales remained the biggest contributor to his company’s revenue this year, with 80 per cent of the ticket sales from inbound trips and 20 per cent from outbound trips. But, he added, the growth of sales from hotel bookings surpassed that from airfare tickets.

“We enjoyed a six-fold increase in the growth of hotel booking sales this year,” he said, adding that Tiket.com had experienced “massive growth” since 2017. Today, the OTA partners with around 11,000 hotels across the country, including 145 members of Archipelago International.

Gaery added that Tiket.com would deepen its market penetration in other South-east Asian countries, especially Singapore, Malaysia and Thailand, as the trio were Indonesian travellers’ most-visited countries.

The company seems well-positioned to tapping the three markets given that they have offices and staff in Singapore, Kuala Lumpur and Bangkok.

When asked about next year’s target, Geary said that he is confident that the new millennial-centric features, wider expansion and stronger partnership with various parties will result in a threefold increase in revenue in 2020.