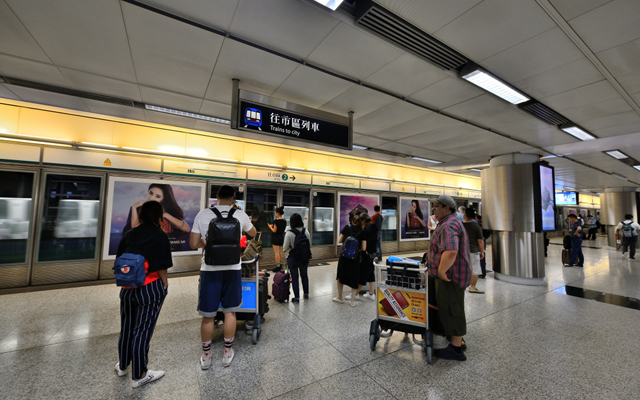 Transport to and from the Hong Kong International Airport (HKIA) descended into chaos on Sunday as anti-government protestors disrupted road and rail links to the facility, prompting the city’s subway operator to suspend its airport services.

Thousands of protestors blocked roads and entrances to the airport on Sunday afternoon, in an attempt to “stress test” the city’s transport systems to force the Hong Kong government to respond to their demands as the city entered its 13th week of sustained demonstrations, the South China Morning Post (SCMP) reported.

Riot police were inside the airport, but protesters are banned from entering the airport and obstructing operations following the airport’s authority obtainment of an interim injunction, imposed after a shutdown in August.

The protestors did not manage to paralyse HKIA, unlike three weeks earlier, but their actions stranded many travellers as all transport links to and from the airport were cut off for hours. Media photos showed that travellers and airport staff were forced to get out and walk across a key bridge linking to the airport amid massive traffic congestion, lugging their suitcases with them.

The Airport Authority (AA) said the Airport Express service resumed at about 22.30 yesterday, which added that “traffic between the airport and the city gradually resumed to normal in early evening”.

“The AA condemns actions that blocked some entrances and exits to the terminals, obstructed traffic to the airport which affected passengers’ journeys, and damaged some airport equipment,” it said in a statement.

Singapore’s consulate-general in Hong Kong said on its Facebook page that it has deployed a consular team at the airport’s Terminal 1 arrival hall to provide travellers with advice and information, according to a Channel News Asia report.

Sunday’s protests followed a night of violence in Hong Kong after tens of thousand joined an illegal march during the day that descended into pitched battles with riot police who used tear gas and water cannons, according to the SCMP report.