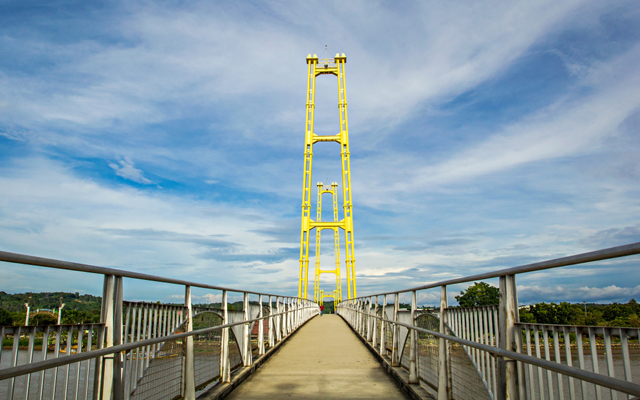 Indonesian travel industry members have voiced their support for president Joko Widodo’s plan to move the country’s capital to East Kalimantan, predicting that the move will help boost tourism and bring about better infrastructure to the Indonesian portion on the island of Borneo.

The hotelier said: “This will bring positive impacts to tourist destinations, (particularly) in East Kalimantan. Kutai Kartanegara is rich in natural resources, including nature attractions, but the regency has yet to explore its tourism potential to the maximum due to the lack of infrastructure.”

Similar to Kutai Kartanegara, North Penajam Paser also has infrastructure that remains far from adequate, according to Haryadi, who shared the example of having to use a long, drawn-out route from North Penajam Paser to the well-developed city of Balikpapan, due to Balikpapan Bay that separates the two cities.

Should the local government build a bridge between North Penajam Paser and Balikpapan, he suggested, travellers would benefit from the shorter travel time and the regency could speed up its tourism development with better infrastructure.

He said that the new capital city would also benefit the neighbouring provinces on Kalimantan Island because of its strategic location. Hoteliers and business players in the travel industry would not miss this good momentum to expand or deepen penetration into Kalimantan.

“Luxury and star-rated hotels will pop up in North Penajam Paser and Kutai Kartanegara,” he projected.

Currently, Santika Indonesia Hotels and Resorts has three hotels in the area – Samarinda in East Kalimantan, Banjarmasin in South Kalimantan and Palangkaraya in Central Kalimantan.

According to Sudarsana, Santika is considering to open a new property in East Kalimantan. He said: “We have yet to make a decision, but (the opening of the new hotel) is already in discussion. We have surveyed the location.”

Bahriyansyah, owner of Bee Holidays, states that tourist attractions in Kalimantan possess their own uniqueness and are not inferior to those in Java.

“We have world-class tourist sites, such as the Derawan Islands. I believe that president Joko Widodo’s decision to pick East Kalimantan as the new site of the capital city will scale up the brand of tourism in (the area),” he said.

“When it comes to promoting tourist sites, for example, we (travel agents in Kalimantan) are on our own now. We need the government to help support and back us up in branding our tour products,” added Bahriyansyah, who also expects that the capital city move would uplift Kalimantan’s profile through a better private-public partnership.

However, he foresees the opening of the new capital will entail migration from other parts of the country, which in turn will lead to greater competition for the local community.

Bahriyansyah hence would like the government to prepare the local trade in Kalimantan to face this potential challenge so that they would not be left behind as competition intensifies.