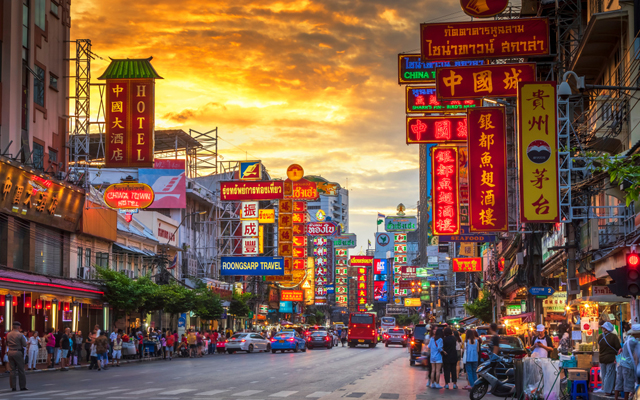 Thailand’s quarterly tourism confidence index in 2Q2019 held steady at 100 from its 1Q prediction, and is expected to remain at 100 in the third quarter of this year, a recent study found.

The survey, which is a collaboration between the Tourism Authority of Thailand (TAT), Tourism Council of Thailand and Chulalongkorn University’s Faculty of Economics, is based on responses from over 600 tourism operators and government officials from related agencies. It also interviewed 350 international and 350 domestic tourists, respectively.

The findings in the second quarter of this year highlighted both the micro and macro factors affecting Thailand’s tourism industry: The slowdown of the world economy as well as Thailand’s economic stagnation; the Thai government’s stimulus and tax reduction scheme; extension on the visa-arrival fee waiver for citizens of 20 nations for another six months until October 2019, and the strength of the Thai baht to a weakening US dollar combined with rising inflation.

The index forecasts that the number of foreign arrivals in Q3 will increase 7.1 per cent year-on-year to 9.7 million visitors. It also projects that total arrivals will rise 4.7 per cent to reach 40.1 million international tourists for all of 2019, compared to 2018.

These findings, however, reflected a more positive sentiment than the latest projections from Thailand’s Ministry of Tourism and Sports, which had cut its foreign arrivals forecast further to 39-39.8 million this year, down from 40.2 million.

Thai tourism in the first half of this year saw only a 1.4 per cent growth in foreign arrivals to 19.7 million, prompting the Thai ministry to slash its target in July from 41.3 million to 40.2 million, according to a Bangkok Post report.

The report also quoted Thai tourism and sports minister Phiphat Ratchakitprakarn as saying that he is confident the new projection is attainable as the government has been doling out incentives to foreign visitors.

Phiphat added that the Thai cabinet will continue to promote tourism in the upcoming months by extending the waiver of visa-on-arrival fees to 19 nations, which already covers China and India, from October 31 this year until April 30, 2020.

TAT governor Yuthasak Supasorn was also quoted as saying that the Thai cabinet believes the incentive will help draw some 20 million foreign tourists in the second half, maintaining tourism momentum to support the country’s three per cent GDP growth this year.

Despite a dip in foreign arrivals, especially from China, Yuthasak is positive that the goal of 3.4 trillion baht (US$111.9 billion) in tourism revenue this year is achievable, a 9.5 per cent increase from last year.

Meanwhile, the latest statistics of the Thailand Tourism Intelligence Centre report 23.1 million foreign tourists visited Thailand in the first seven months this year, up by 1.94 per cent year-on-year.