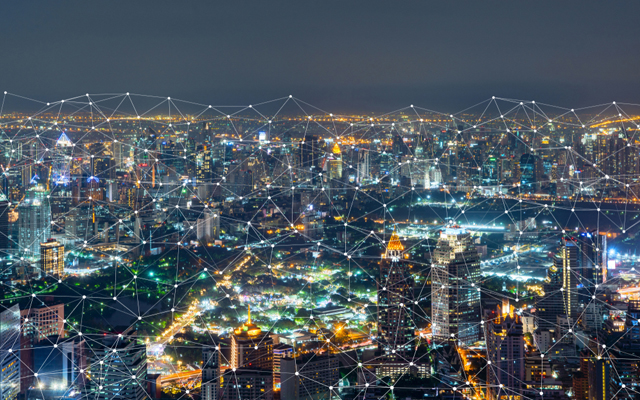 For Thailand to remain an attractive destination and reap greater revenue from the lucrative tourism industry in the next decade, it has to adopt and execute smart city strategies to digitally transform its travel infrastructure and systems for the future.

As Thailand’s travel and tourism sector posted six per cent growth to see a record 38.4 million tourists in 2018, a number of the country’s airports are approaching capacity and popular destinations are starting to show the impact of overtourism, both of which could limit the rate of future tourism growth if not urgently addressed, according to the Thailand Towards 2030: Future of Travel & Tourism report released by Amadeus in collaboration with Thailand’s Digital Economy Promotion Agency (DEPA) and PATA.

In particular, airports – typically the first point of contact for foreign tourists into the country – should figure high up on Thailand’s national agenda, stated Simon Akeroyd, vice president corporate strategy & business development, Amadeus, sharing the findings of the collaborative report in Bangkok earlier this week.

“Thailand needs to fundamentally change how its airports function,” he stressed, pointing to the frequent bottlenecks observed at the immigrations at Bangkok Suvarnabhumi Airport.

However, such traffic congestion usually affects a small part of the terminal while other areas of the airport remain underused, Akeroyd said, resulting in missed opportunities on the operators’ part to divert passenger flows and derive greater revenue from passenger spending on F&B or duty free shopping.

The adoption of smart technology at Thailand’s airports, besides the physical expansion of the facilities, will help to ease some of the strain as the country struggles with visitor influx.

To fully tap Thailand’s potential as a MICE destination and accelerate the sector’s growth, Akeroyd also critical attention to improving inter-model air-to-city links to support a seamless travel experience, pointing to Heathrow Express in London, Hong Kong’s Airport Express and Shanghai Maglev as fine examples of transport solutions that allow people to move back and forth with ease between the airport and the city.

“Ease and speed of travel will become major differentiators amongst the region’s MICE hotspots in the near future, so these cities need to invest in technologies that are designed for convenience – such as having off-airport check-in and bag-drop facilities at conference venues themselves. The technology needs to be best-in-class because Thailand is competing with MICE destinations across the region, not just domestically,” he said.

“Airports are not the end of a long line,” he remarked, underlining the need to rethink Thailand’s airports as a hub-and-spoke operation. “Airports are still seen as a separate entity (connected by) a long line into the city, but instead airports should be conceived as a hub that leads to other parts of the city.”

The report also identifies increased public-private partnerships to scale up smart mobility – where data and technology are integrated to improve the efficiency of population movements around a city – as another key area of opportunity for Thailand’s cities to curb congestion and pollution.

“Smart mobility is still in its infancy in Thailand, but its potential to improve inner-city travel is enormous,” said Akeroyd. “Using transport data to inform travel management systems like traffic lights in real-time, or to inform how ‘sharing economy’ services like Grab and Get are deployed, are just two significant applications. But this won’t be possible without greater public-private sector partnerships.”

According to the report, one major challenge is that Thailand’s public sector doesn’t currently know which companies to partner with, whilst private firms, especially smaller businesses, start-ups and overseas investors, often don’t know how to engage, so third-party advisers may be important in bringing key players together.

Meanwhile, DEPA identifies access to capital as another barrier in Thailand and recommends that cities will need to form ‘City Development Companies’ with private sector partners in the future – to better bid for funding and to formalise the nature of their partnership.

Phuket, which is largely reliant on tourism as an economic generator, commenced the Smart City Project four years ago to use data in tourism management and development in the city, according to Pracha.

Finally, the report also identifies the need for more action to be taken to protect Thailand’s tourist hotspots from the risks of overtourism.

As the Phuket Smart City Project has shown, data can be used for real-time analysis and predictive modelling to manage tourism more sustainably, said Akeroyd,

The “enormous amount of data” that Amadeus has of travel booking patterns and correlations around the world will be a valuable tool for tourism boards, local authorities and hospitality businesses in managing visitor flow and the promotion of second-tier cities, e.g. driving travellers to less crowded places at the right time.

On its part, Amadeus has stepped up its focus on Thai and Asian start-ups and initiatives that tackle sustainable tourism issues, including supporting enterprises such as Syngerera, which is developing enterprise applications in carbon offsetting and sustainable jet fuel, in its Amadeus Next initiative.

A full copy of the Thailand Towards 2030: Future of Travel & Tourism report can be downloaded here.