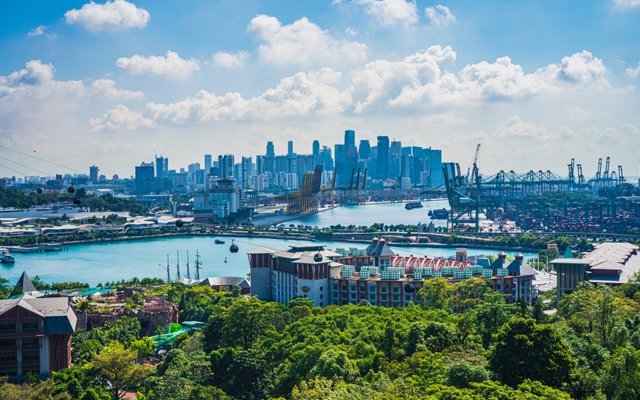 The Greater Southern Waterfront will occupy 2,000ha of land and cover 30km of coastline from the Gardens by the Bay East area to Pasir Panjang, the report added. Development of the area is slated to start in five to 10 years.

Pulau Brani, located near Keppel Harbour, is now home to the Brani Terminal, which is among the PSA International city terminals that will move to the Tuas mega port by 2027, said the report.

“This will free up prime land for re-development. It will be an opportunity to reshape the Greater Southern Waterfront into a new place to live, work and play,” the prime minister was quoted as saying.

After Brani Terminal moves out, Lee revealed that Pulau Brani will be developed alongside Sentosa.

Furthermore, Sentosa and the Rail Corridor – which runs from Tanjong Pagar in the south to Woodlands in the north – will also be connected, according to the report.

Meanwhile, Sentosa’s beach areas will be revitalised and its nature and heritage trails expanded, added the report.