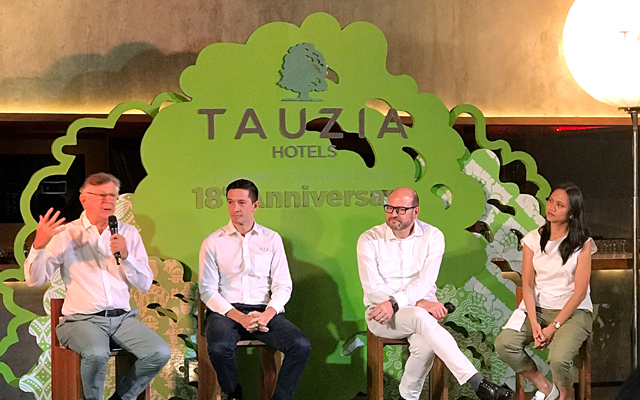 Archipelago has signed an agreement with Cuban tourism company Grupo de Turismo Gaviota to manage the Grand Aston Cayo Las Brujas Beach Resort & Spa in Havana, which is situated in the Northern Cayos of Cuba on Las Brujas Island, adjacent to Cayo Santa Maria. The resort has 727 rooms and suites, as well as a 3km-long private beach.

This is Archipelago’s second project in Cuba. Its first, the 438-room Grand Aston Varadero Beach Resort, is under construction and expected to open in 2021.

Likewise, Tauzia is expanding its network to Malaysia and Vietnam via a joint venture with Ascott, which saw the opening of Fox Lite Hotel Dpulze Cyberjaya Malaysia in August 2019, as well as the signing of Vertu Hotel Cam Ranh Bay and Yello Ho Chi Minh. This will be followed by expansion to Hanoi, Bangkok, Kuala Lumpur and Manila.

By end 2019, the Tauzia-Ascott joint venture will represent 12,000 rooms, with 73 properties under 14 brands in Indonesia. Meanwhile, Tauzia has recently signed three new properties within the country, Harris Bogor and Jambi, and Vertu in Belitung.

Speaking at the hotel group’s recent 18th anniversary in Jakarta, Armand Steinmeyer, director of business development and investment, Tauzia, said: “Bogor is big in business events; and as for Jambi, we see the growth of business in Sumatra and a lot of cities are developing. When we look at Harris, the hotel is very often family-focused and also strong in MICE.”

In regions like Jambi, government-organised events form a key market and Harris is a suitable brand to come in at this stage, Steinmeyer said, adding that Belitung is one of Indonesia’s top destinations in terms of growth.

Steinmeyer also noted that the company received more interest and queries from investors following the presidential and national elections.

“We are looking at Batam area, Palu, which is in the rebuilding process after the tsunami last year, and Borneo (which) is another island with growth potential. We are (also) looking at places like Pontianak and Singkawang,” he said.

He added that the company saw potential in expanding to secondary cities beyond the metropolises in Java, in light of the ongoing infrastructure projects like the building of toll roads across the island

Alphonsus Widjaja, CEO, retail and hospitality of SML, said: “Initially, we built the Rooms Inc Hotel in Semarang to accommodate our own needs. However, it turned out to be been well-received by travellers.”

The positive reception prompted the company to co-create SAI to further develop the brand. Currently, the Semarang property is SML’s only existing estate, with a couple more in the pipeline, including one in Jakarta.

The hotel group has also taken over the management of the 76-suite boutique property, Goodrich Suites – Jakarta.

Artotel Group is expected to announce its first international foray soon. The company has entered the cruise business after being appointed by Siji Sysstima to operate its first phinisi ship Mallailo, which is slated to start cruising Komodo Islands and other parts of Eastern Indonesia.