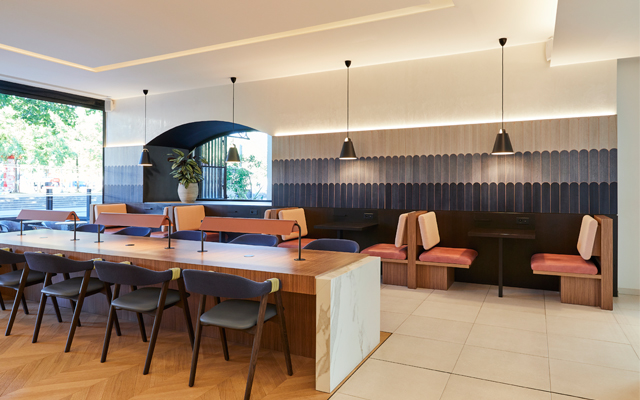 Crowne Plaza Hotels & Resorts has announced plans to open six flagship hotels around the world by early 2020, two of which will be in China.

These new properties will be a reinvention of the upscale hotel brand, and will mark “the global rollout of new hallmark design innovations and the brand’s latest standards across public spaces, guest rooms, F&B, technology, service and more”, said Crowne Plaza in a statement.

Each flagship property will feature new designs for public spaces and guestrooms to meet the continued guest demand for flexible spaces. The lobby design and guestrooms will include distinct areas embedded with technology, while some properties will also feature on-demand meeting spaces in the lobby areas as well.

China will see the launch of two flagship properties, Crowne Plaza Shenzhen WECC and Crowne Plaza Wuzhen, by the end of this year.

Crowne Plaza Shenzhen WECC will be located near the Shenzhen Bao’an International Airport and next to Shenzhen World Exhibition & Convention Centre, the largest of its kind in the world. This hotel will also be the first Crowne Plaza in Greater China to tout a modernised guestroom design and flexible spaces. The property will feature 1,400m2 of meeting space with five meetings rooms, including a grand ballroom that seats up to 500 guests.

In Zhejiang, Crowne Plaza Wuzhen will offer 216m2 of flexible event space in three meeting rooms, and another 500m2 banquet room that seats up to 260 guests. The new flagship hotel will be located near Hangzhou International Airport and close to the World Internet Conference Center. It will feature a full-service restaurant, Cai Feng Lou, and Tong Café for all-day dining.

At of March 2019, there are 427 Crowne Plaza properties around the world.