Hotels and OTAs need each other, but the scales of their symbiotic relationship often appear tilted in favour of OTAs in the latter’s aggressive growth path in the past decade. As hotels big and small now seek to assert greater control of their distribution channels and commission structures, how will their love-hate relationship with OTAs evolve in the next phase? 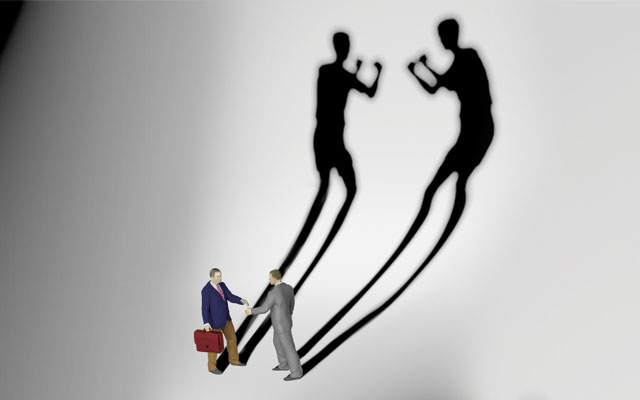 It’s no secret that the relationship between OTAs and hotels has been a tumultuous one, characterised by an on-again, off-again dynamic as both parties couldn’t survive without some level of dependence in the last two decades.

“The trouble is that we are too often over-reliant on a single source, whether it’s OTAs in general or a single OTA. That’s when it becomes dangerous,” stressed Michael Belanger, vice president revenue & distribution, GCP Hospitality. A “healthy” percentage of room reservations coming from OTAs should be about 50 per cent, with the other half from direct bookings. However, some hotels – in particular smaller, independent hotels – attribute up to 90 per cent of their bookings to OTAs, observed Adrian Caruso, founder and managing director of Fastrack Group.

This over-reliance on OTAs has resulted in some hotels being taken advantage of, lamented Ayudh Nakaprasit, owner of Eastiny Pattaya.

“My relationship with OTAs is not the best,” Ayudh admitted. “At the moment, I pay roughly between 15 to 17 per cent in commission rates, but taking into account the amount of abuse and harassment I probably get every other day, it is not good.”

According to a poll conducted during the Direct Booking Summit 2019, the average OTA commission rate ranges from 10 to 20 per cent.

Different sides of same coin
The hotel-OTA relationship has seen better days. The honeymoon first began in 2001, when OTAs first emerged as a “new opportunity” for hoteliers to deviate from wholesalers who were “dictating the rates”, recalled Sauter.

But in a striking case of déjà vu, the same threat now looms over hotels and their control over rate parity.

At the Skift Forum Asia in May, John Wroughton Brown, CEO, Agoda, stated: “We’re on to OTA 3.0 now, where the best competitors are saying, ‘Let’s go back to wholesalers and get whatever rates are out there, whatever way we can get them.’

“If there is a rate of $80 that is bookable and Agoda doesn’t have it, it’s our duty to get it, whether by contracting directly with our partners or connecting to a wholesaler. If the rates are out there, then we will do whatever we need to do to put it in the hands of the customer.”

This has led to “hard discussions” with many hotel partners”, disclosed Brown. “If the wholesale rates were allowed to go out into metasearch and other places, then by all means we should also have them. Hotels have control over these distribution channels; they can be clear with wholesalers about what they want.”

Sharing an example of a hotel partner in Thailand that works with 80 wholesalers, Brown remarked: “I cannot imagine all of them putting the rates where you want them to go. There’s going to be chaos and a lot of stuff falling off the back of the truck. OTAs can help to rationalise that, but it takes the support of the hotels too.”

As online travel evolves into OTA 3.0, the love-hate relationship is starting to change too. OTAs are beginning to see that support slip, as hotels turn away from the giants to assert control over their distribution.

In Singapore, the 37-key Warehouse Hotel limits distribution to two boutique OTAs – the US’ Tablet Hotels and the UK’s Mr & Mrs Smith – with each contributing 20 room nights a month, amounting to a healthy three to four per cent of total occupancy, said Tarun Kalra, the hotel’s general manager.

Hotels on Triptease’s hotel distribution platform implements a “three-strikes policy” before cutting off hostile OTAs. This strategy has reduced the hotels’ rate of being undercut to 4.1 per cent, and raised the average daily rate up by 12 per cent as well as website bookings by 22 per cent.

GCP Hospitality’s Belanger stated: “For independent hotels, we need to learn to diversify our portfolios in terms of drawing corporates, MICE, other OTAs and direct channels. Once you have a very diverse portfolio, you can pick and choose, and go back to the ones that aren’t playing fair and dictate what you want.”

Redrawing relationship lines
Dictating its own terms was exactly what Marriott International did when the hotel giant inked a multi-year extension of its partnership with Expedia Group, commencing in 4Q2019.

For Expedia, the deal keeps Marriott’s rooms on its platforms, as well as giving the aggregator a bigger role in Vacations by Marriott.

For Marriott, Expedia was a knight in shining tech armour, said Peggy Fang Roe, chief sales & marketing officer, Asia-Pacific, Marriott International. She explained: “We found a way to leverage what they have as a technology company and platform. And they’re able to help us solve other problems, which helps us lower costs.”

While details about the deal remain obscure, what’s for certain is that hospitality players in the industry are taking a closer look at the way they approach partnerships, with OTA-at-odds or otherwise.

Fang told TTG Asia: “Traditionally, there’s been a tension between the hotels and distribution channels, but I think that’s actually changing. It’s different in Asia because we’re at a different maturity level, and there’s a lot of willingness to be creative.”

Citing Marriott’s partnership with Alibaba as an example, Fang described: “Alibaba is changing the distribution model – they don’t charge us high commission rates in response to reservations. We’re building a channel together.”

Amid fiercer competition, OTAs are also putting an emphasis on the human touch – a trend that looks set to change their relationship with hotels. For example, Ctrip-owned Trip.com has launched two in-house call centres in Tokyo and Shanghai to “handle customer concerns with full-time employees who can empathise”, revealed Peter Yoshihara, general manager, Japan, Trip.com.

“Our customer service employees have to pick up a call within two rings – that’s how important the customer is to us,” he stressed.

As online players put more care in approaching customer and business relationships, they are no longer regarded as silos but platform partners. Fang said: “Maybe previously we were looking at (each other) in more selfish ways – that it was just about bookings – but it should be about improving the whole experience. Nobody can really own the whole thing; it takes a collaborative effort.”

The Warehouse Hotel’s Kalra concurred: “OTAs do add a lot of value to marketing, PR and reach worldwide. But the important thing for us is how much these websites value the experience versus just giving consumers the best price, and whether their value system matches ours.”

Besides enhancing its Asia-Pacific inventory and building up loyalty offerings through Marriott Bonvoy, Fang revealed that Marriott is “talking to multiple partners”, particularly “local companies” which can help bridge an “end-to-end experience” for its guests.

After all, business partnerships are all about forming win-win relationships. Said Fang: “It may be an adjustment to how we’re thinking about strategy. It’s pushing us to work together to get that seamless experience.”