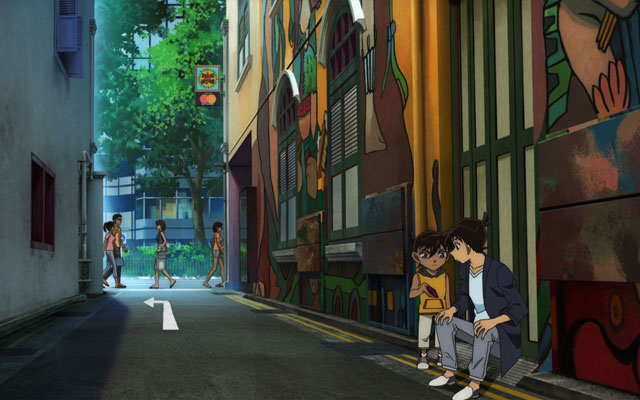 An upcoming Japanese animated film has sparked a series of publicity pushes for Singapore, which serves as an unprecedented setting for the show.

Detective Conan: Fist of the Blue Sapphire heavily features iconic scenes of Singapore, and it is the first of 23 movies under the popular Japanese franchise Detective Conan set outside of Japan.

In its home country, the movie beat out Avengers: Endgame as the best-selling movie in the box office for three weeks after its debut.

Scenes of Singapore featured in the movie include Marina Bay Sands, Raffles Hotel, Suntec City, Merlion Park, Gardens by the Bay, shophouses and Maxwell Food Centre, as well as local dishes such as chicken rice and kaya toast.

Chang Chee Pey, assistant chief executive, international group, Singapore Tourism Board (STB), shared that the Japanese movie studio committee first approached STB in 2017 with the intent to feature Singapore and continued to consult the NTO on recommendations for locations to feature.

Director Chika Nagaoka revealed that some settings in the movie – such as the Fountain of Wealth at Suntec City and the Marina Bay Sands light show – were written into the script after she was “inspired” by a visit to Singapore.

To capitalise on this release, STB has moved in on a series of product partnerships with tourism players. Chang said: “Local tourism stakeholders have been very supportive, and worked with us to create products that will drive visitorship.”

In Bangkok, STB has collaborated with a café to offer Detective Conan-themed sweets and drinks. Fans can also pose for photos against backdrops of scenes from the movie.

The portrayal of Singapore in this movie is hoped to reach key markets in Asia, namely Japan, Thailand and Indonesia, said Chang.